I've been busy. Sometimes that's good, sometimes it's not.

This time, it's been a mixed bag. My husband helped me paint the inside of the chapel; it's been 7-1/2 years since it was built, and it really did need a fresh coat (or two) of paint.

But is was a hassle, of course.

Take everything out, and put it somewhere else... 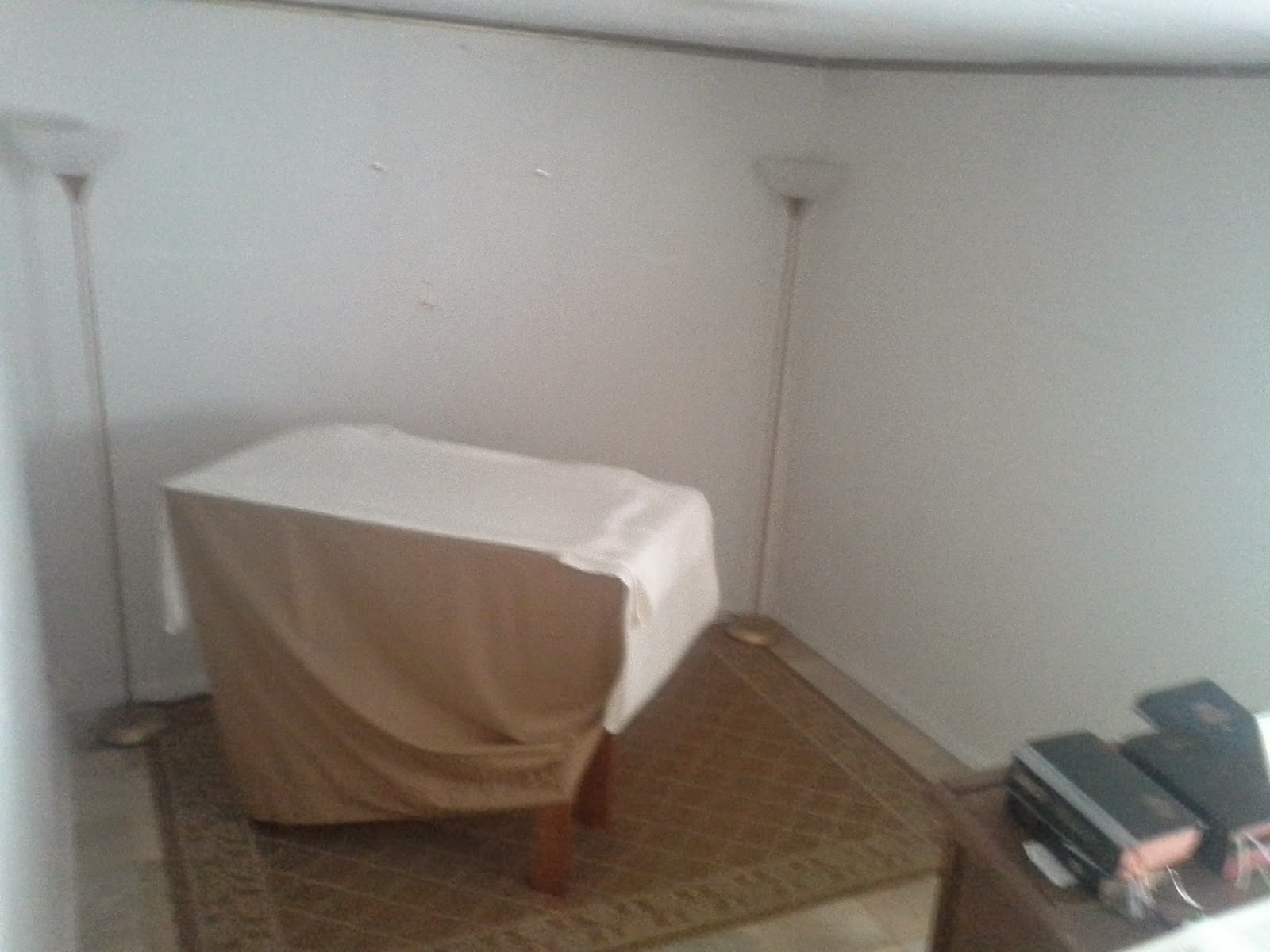 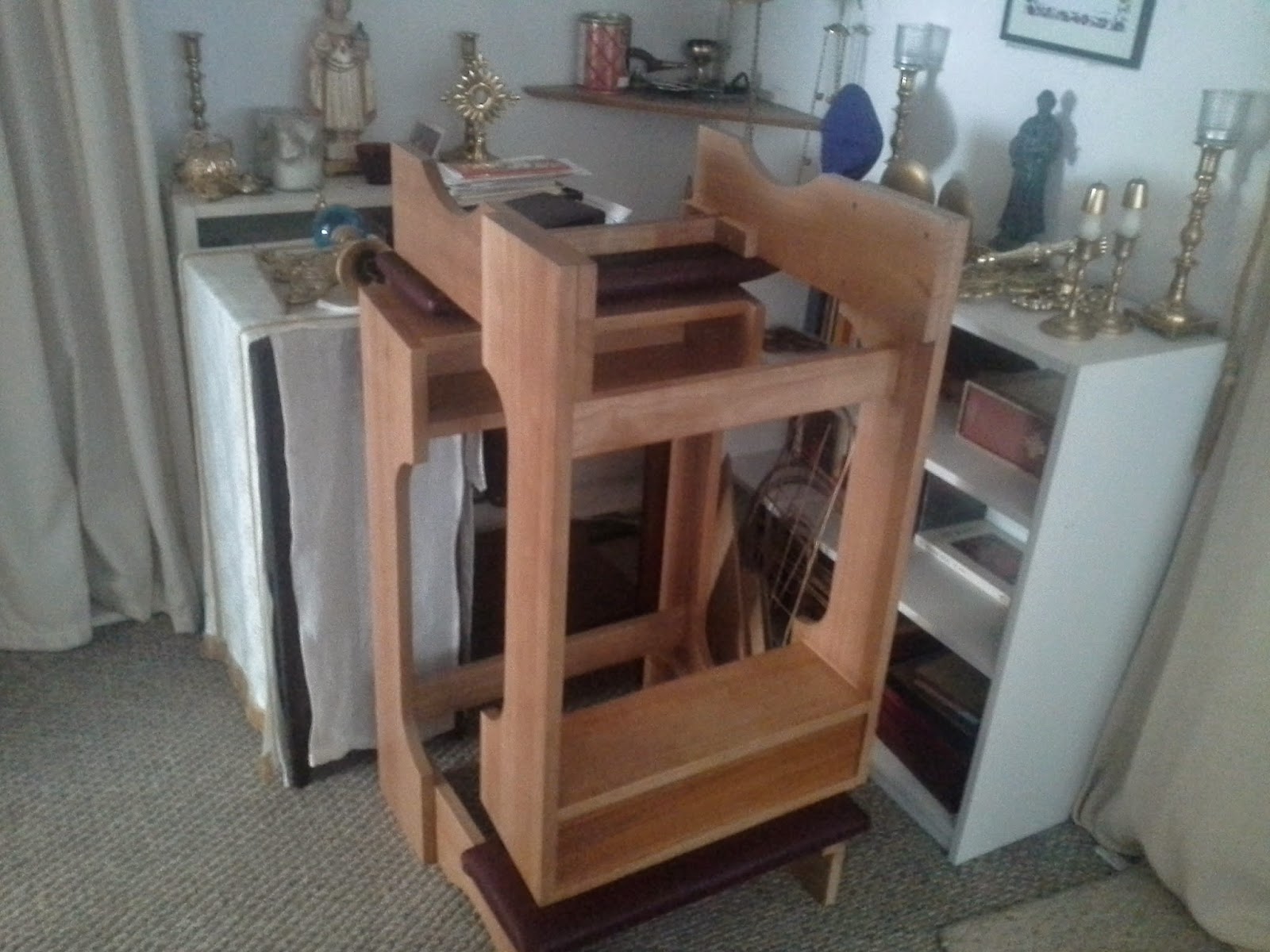 I left the altar and prayer desk inside, and covered them with plastic. 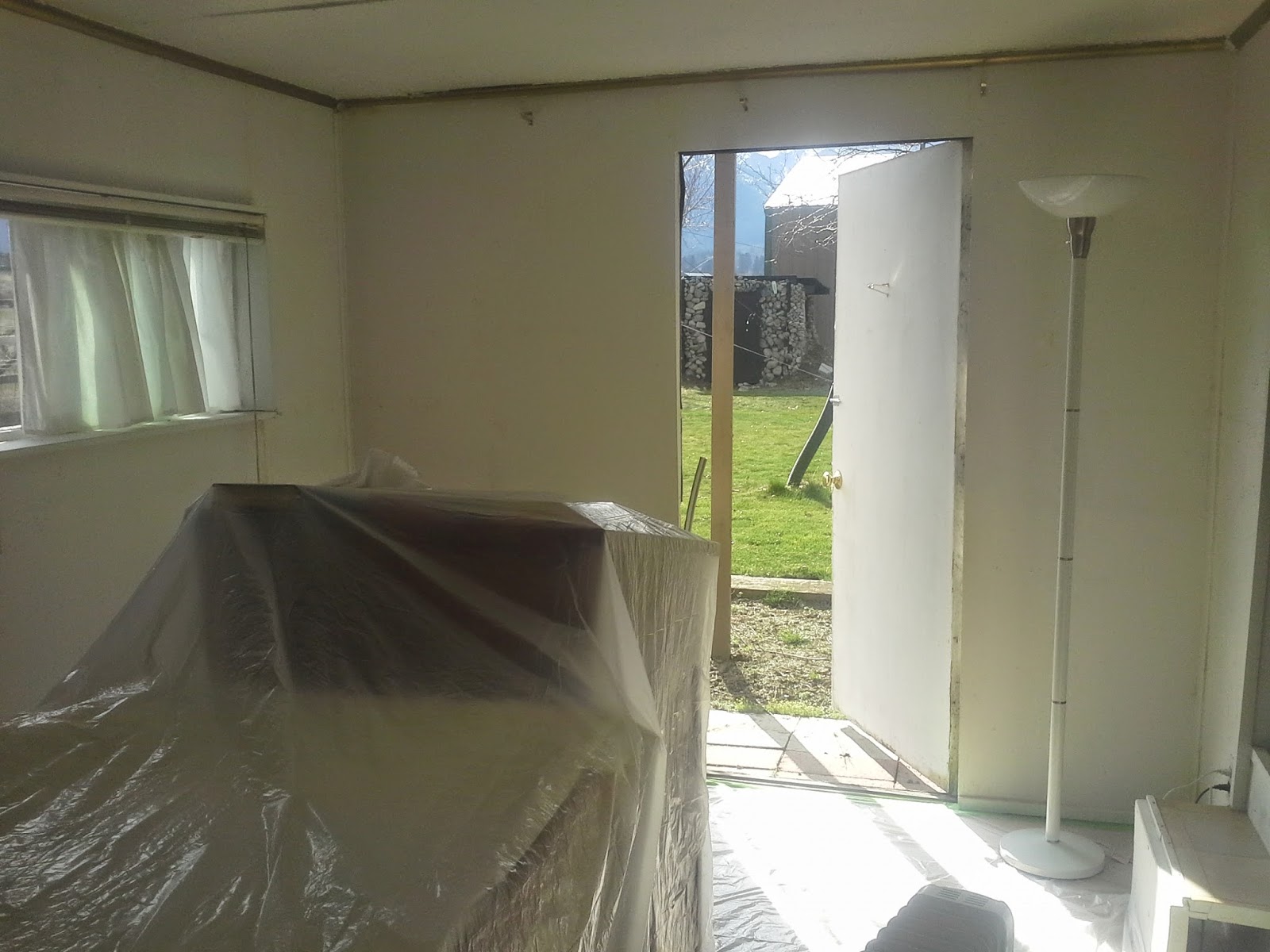 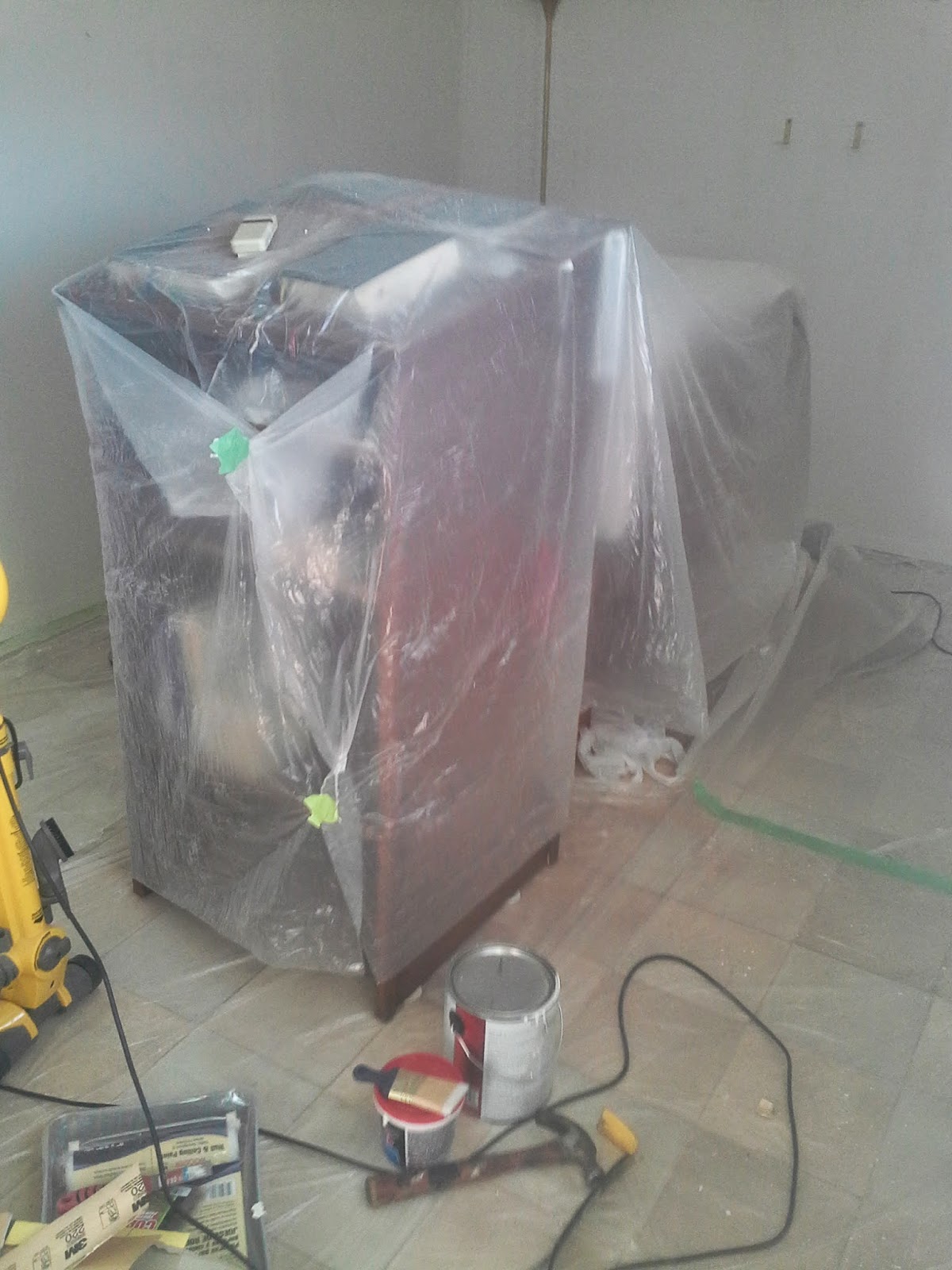 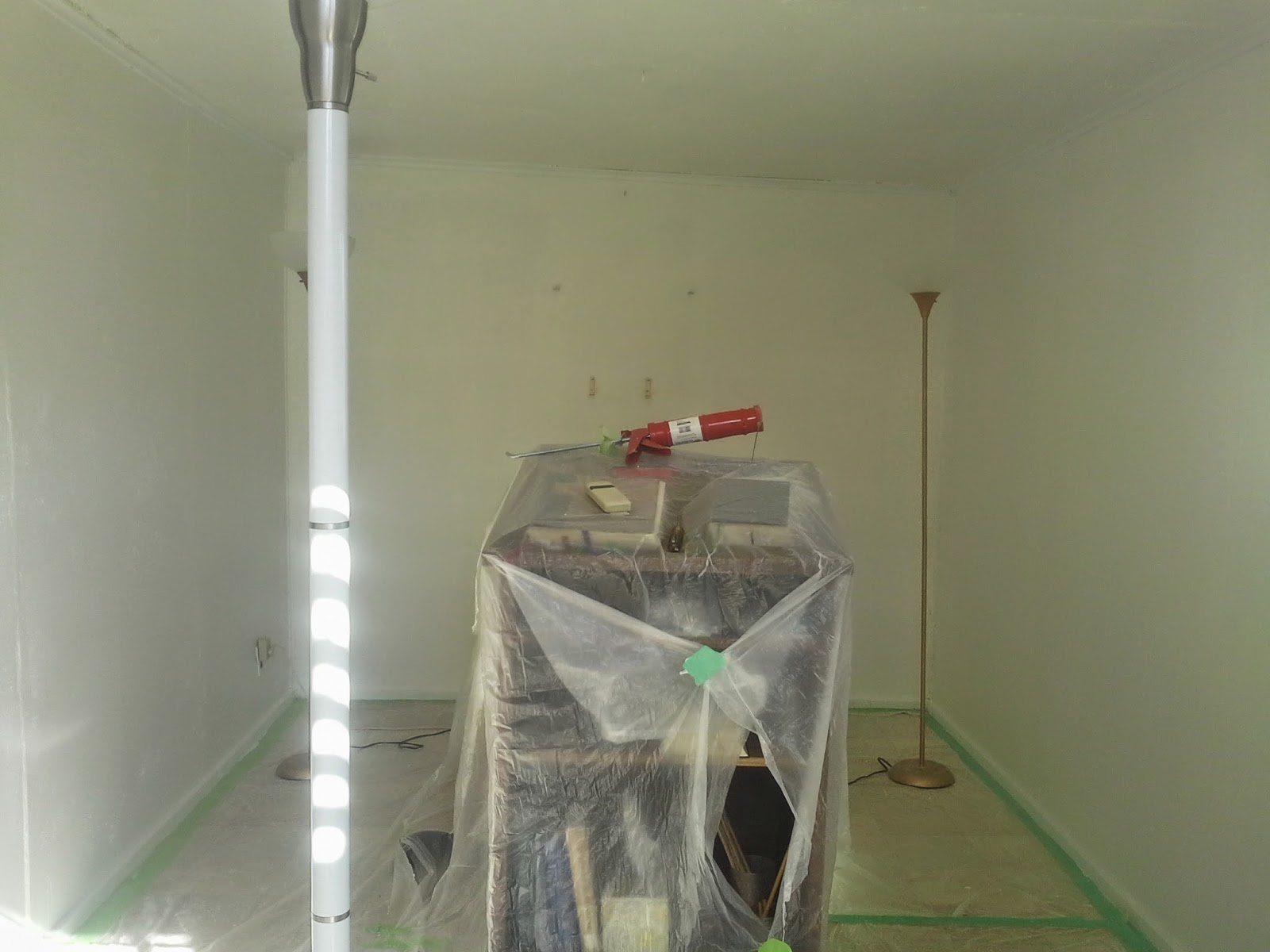 A quick uncovering in order to pray vespers... 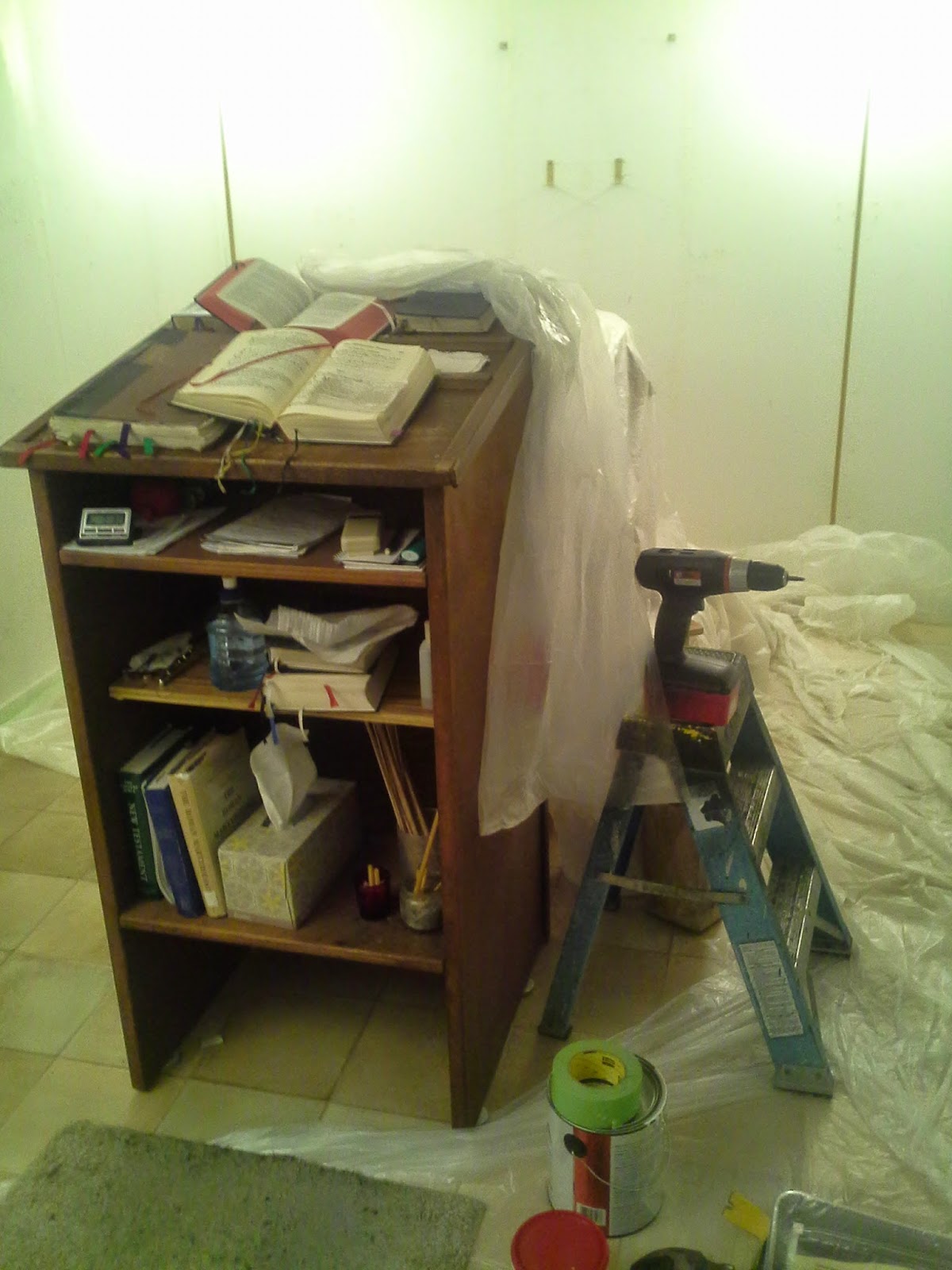 Two coats of paint were required, so it took a little longer than I thought it would,
but it looks very nice and fresh and clean.

Then everything had to be put back in place. 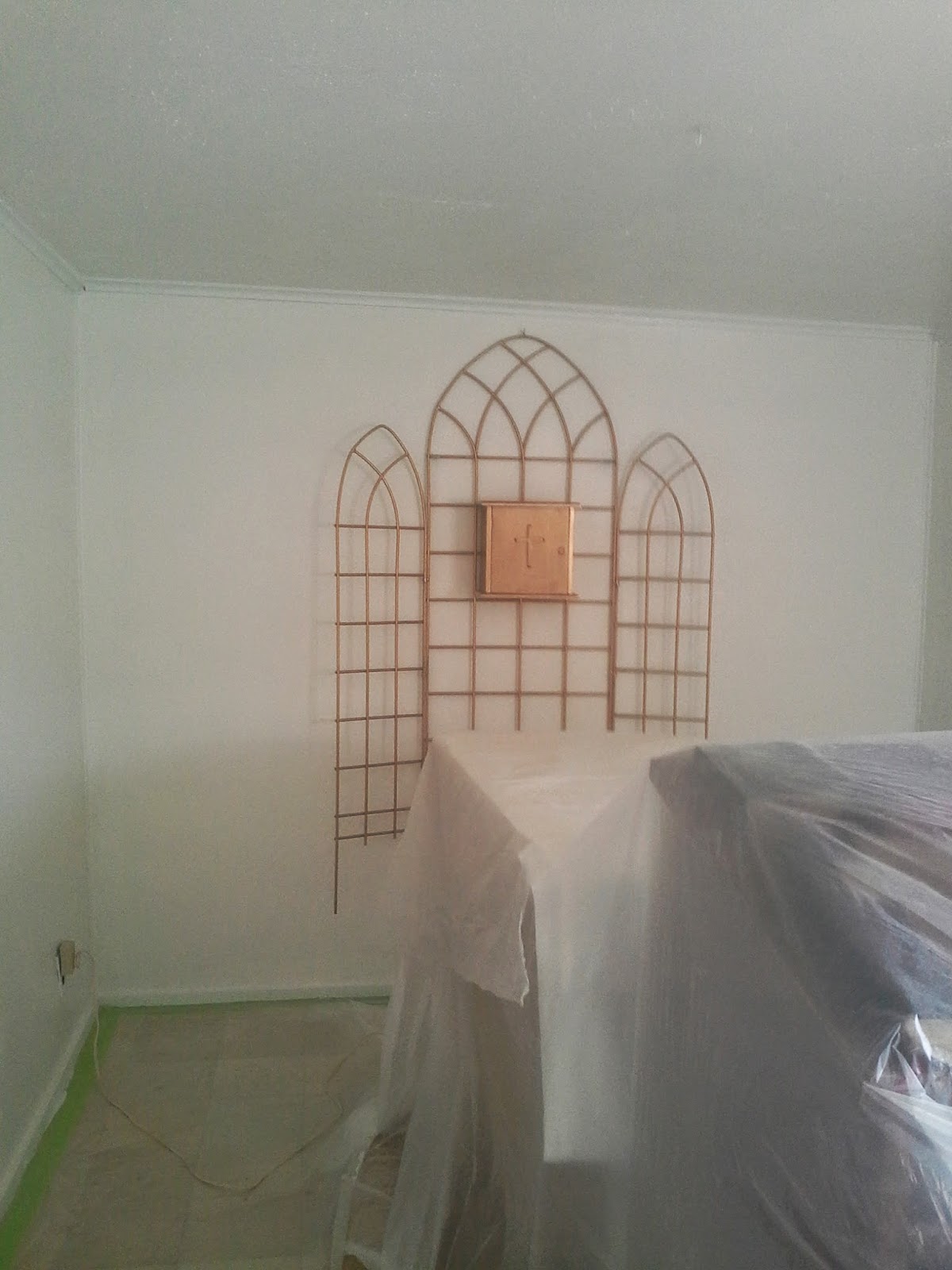 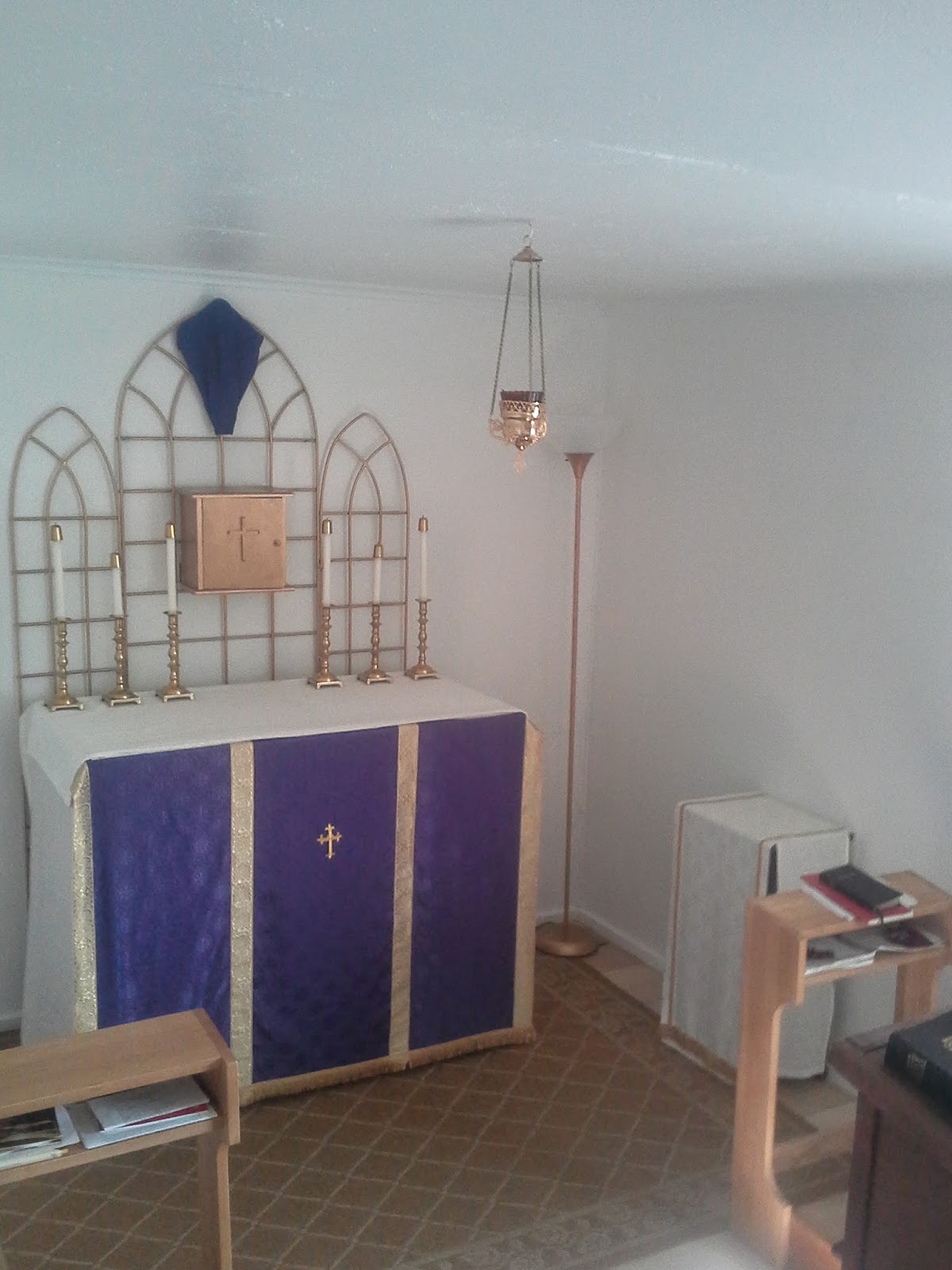 I decided to do this project now, even though I have been busy with other preparations for Holy Week, because a) all of the icons had to be taken off the walls anyway, for Passiontide; and b) the weather was perfect, meaning I could leave the window open to allow paint fumes to escape.

The other projects? Making antependia for the Cathedral altars. 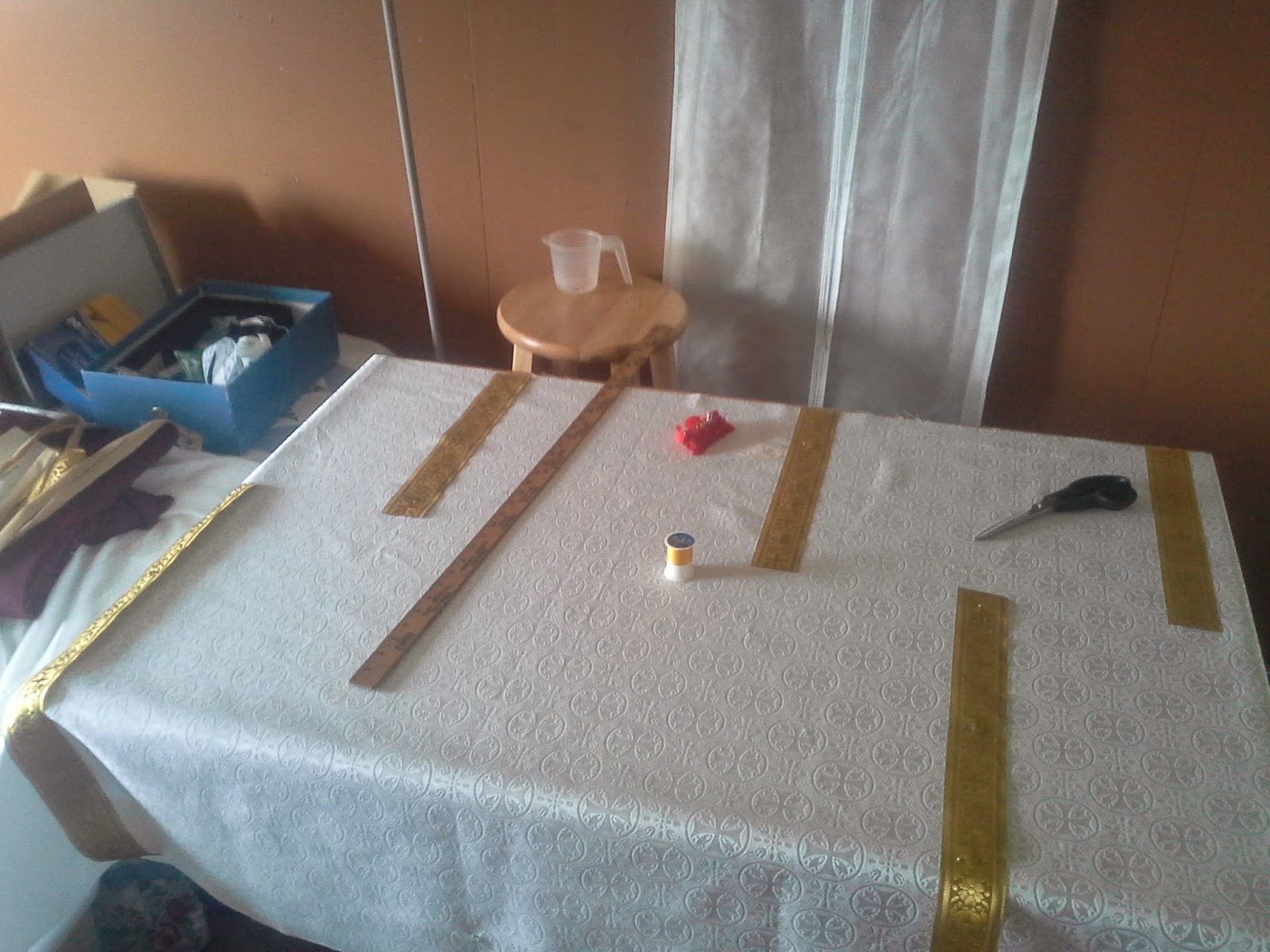 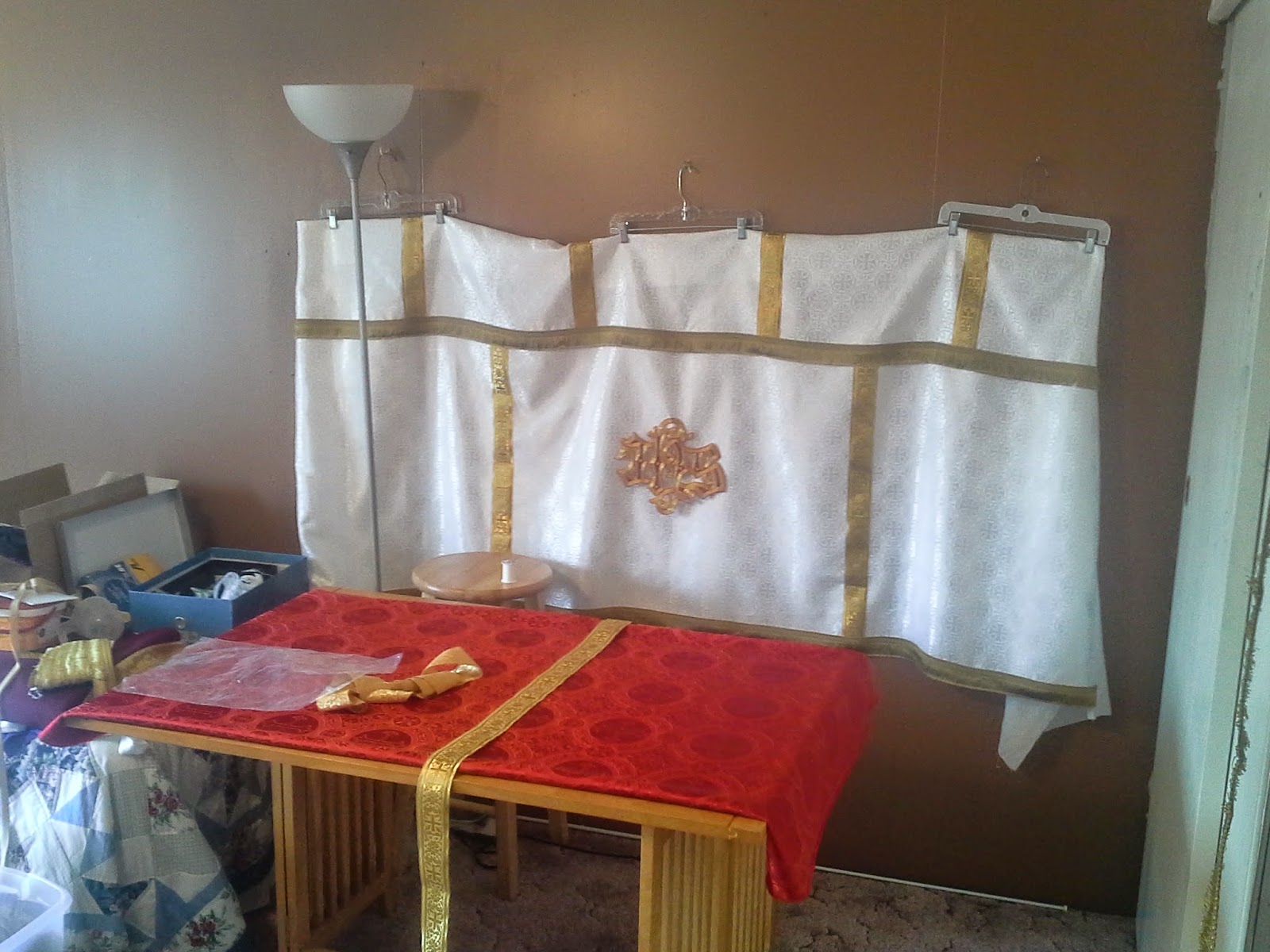 I installed the white one for the Chrism Mass, which is held a week early in our diocese due to travel difficulties for priests: 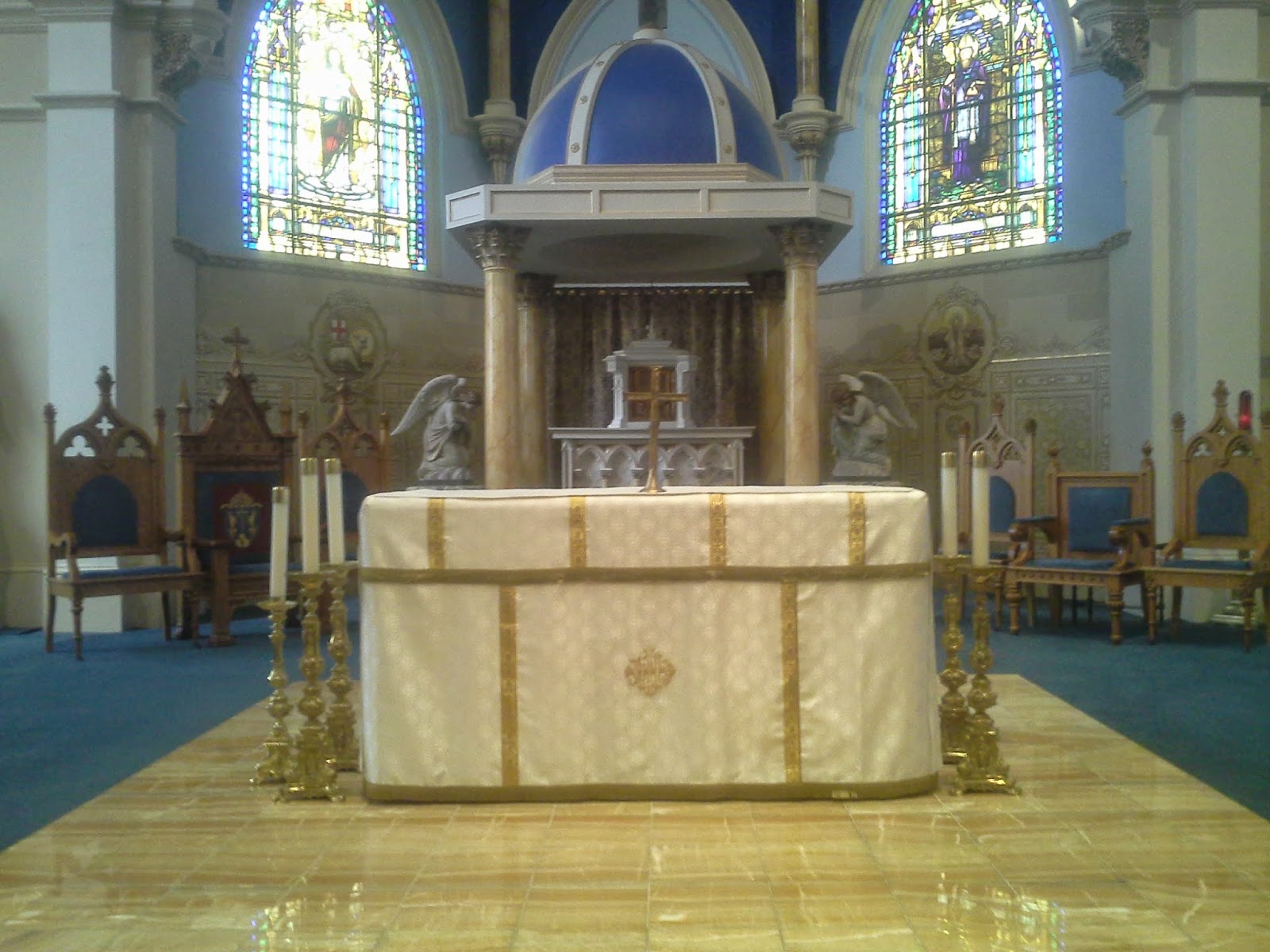 The red one goes on today, in preparation for the Palm Sunday Masses. I may include a picture here later.  Here's the red one! 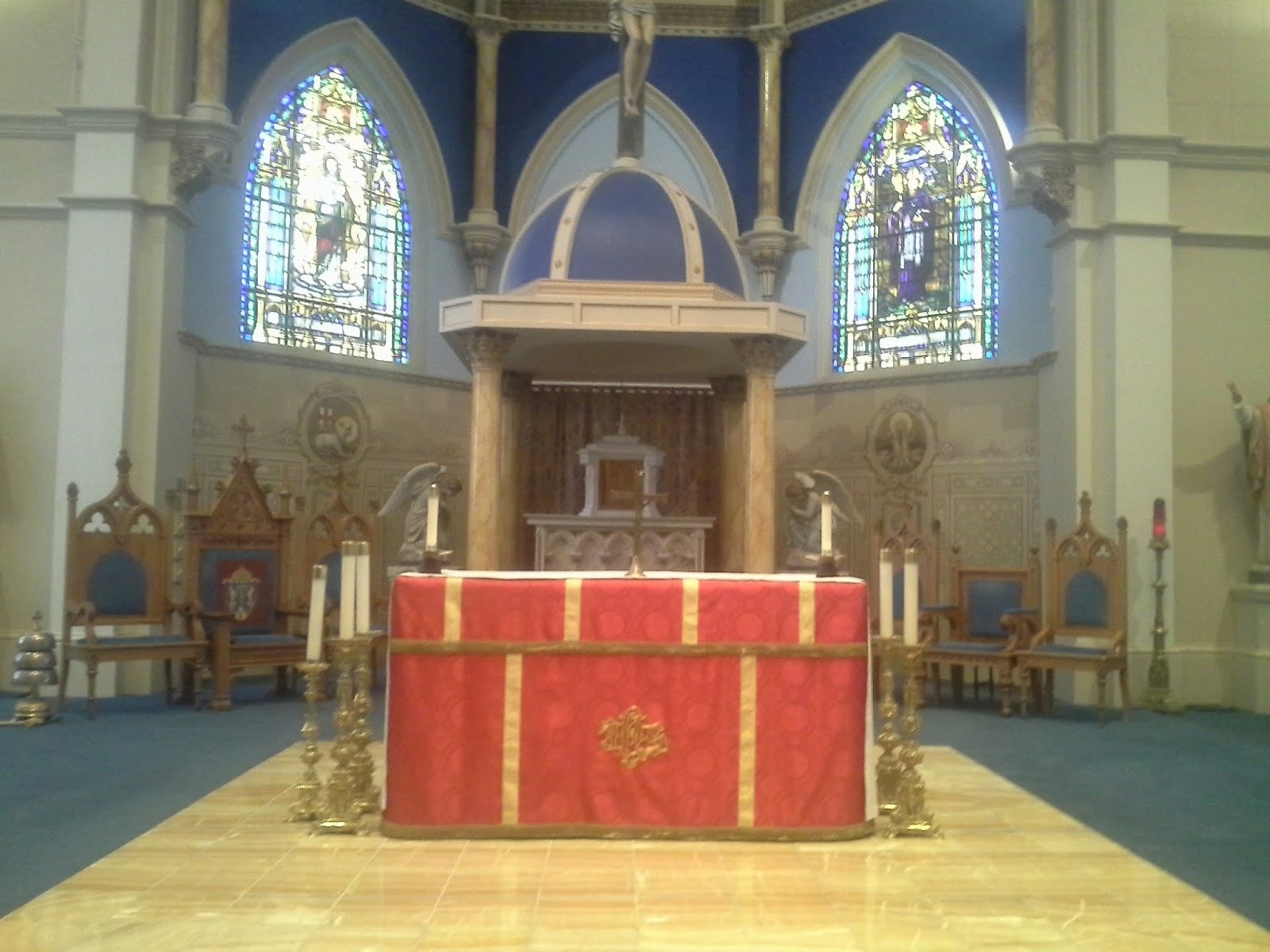 Posted by Hermitess Photini at 8:33 AM