Did Wallenda Commit the Sin of Presumption?

The other day I watched the video of Nik Wallenda walking across the Grand Canyon on a tight rope. 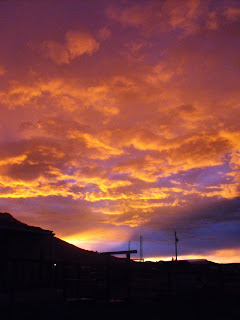 It made me queasy.

I don’t like heights, really. I’m okay looking down from the window of an airplane (though I haven’t even done that in quite a few years), but apart from that…not so much. I’m not sure why I watched the Wallenda video. Did I wonder if he had fallen to his death? Did I just enjoy the thrill of the danger of the moment? No… I don’t think so.  But I have no explanation for watching it through to the point almost at the end where he says, “Yeah, I’ll take it slow”, and then jogs the next few steps to safety. Maybe it was my disbelief that he was actually doing this.

It bothered me. It bothered me that he was willing to risk his life in this way. At least, I did not see any kind of safety plan in place, and I believe the Wallendas are famous for not taking such precautions, aren’t they? But to perform a tightrope walking act over a canyon so deep that death will surely result from a fall…well, that seems sinful to me.

And it is, I think. I believe it falls under the sin of presumption, though I have always thought of this as referring primarily to the salvation of one’s soul. My “old” Catechism says

…We must not tempt God by exposing ourselves to sin and its occasions in the hope that God will protect and save us; this is presuming on God’s mercy.
But is it not a sin to put oneself in a situation of grave physical danger, too? The kind of danger that Wallenda exposed himself to was very real – and it certainly exposed him to the sin of pride. After all, why does a professional dare devil engage in such activities if not to further his name and reputation? God only knows what kind of emotional or psychological or spiritual “high” he gets from it. Whatever. The point is, he exposed himself to more than a little danger – the kind of danger where 99.99% of people (at least) would be expected to die.

Then the devil took him to the holy city, and made him stand on the parapet of the temple, and said to him, "If you are the Son of God, throw yourself down. For it is written: 'He will command his angels concerning you and 'with their hands they will support you, lest you dash your foot against a stone.'"

Jesus answered him, “Again it is written, ‘You shall not put the Lord, your God, to the test.’”

And that brings me to another point that bothered me about the video of Nik Wallenda, and which highlights, in my eyes, the sinfulness of his behavior. Throughout the video, one can hear people praying – I think we hear Wallenda’s voice, but I’m not sure, and I think I heard more than one voice praying. At any rate, they are praying for his safety, for his successful completion of his walk across the abyss – a deep abyss subject to unpredictable gusts of winds, on a narrow cable. We would assume that anyone other than a professional daredevil would be attempting suicide by such a move.

He walks across a deep, deep canyon on a narrow cable, with no safety net, no safety cables, no way of saving himself should he stumble and fall. He does this of his own volition; no one is forcing him to do it.

And he implores God the whole time to protect him and keep him safe.
If he fell to his death, what do you think God would say to him? I can hear God’s voice now, saying, “What were you THINKING?!”

Many will say he did it for the glory of God, and we know that because he was praying to God to protect him. And God did, so it all turned out all right, and we see how great God is.

Do we? Or perhaps we realize that very, very few people in the world could have – or even would have – performed that feat, and that Nik Wallenda relied more on his own ability and experience than he did on God for success in his “mission”. It matters not that he prayed for Our Lord’s protection! That’s like a child saying, “Mom, I’m going to play on the freeway now, but don't worry; Jesus will keep me safe!”

It doesn’t work that way. Nik Wallenda was testing God. I don’t see any other way to describe it.

Posted by Hermitess Photini at 12:19 PM