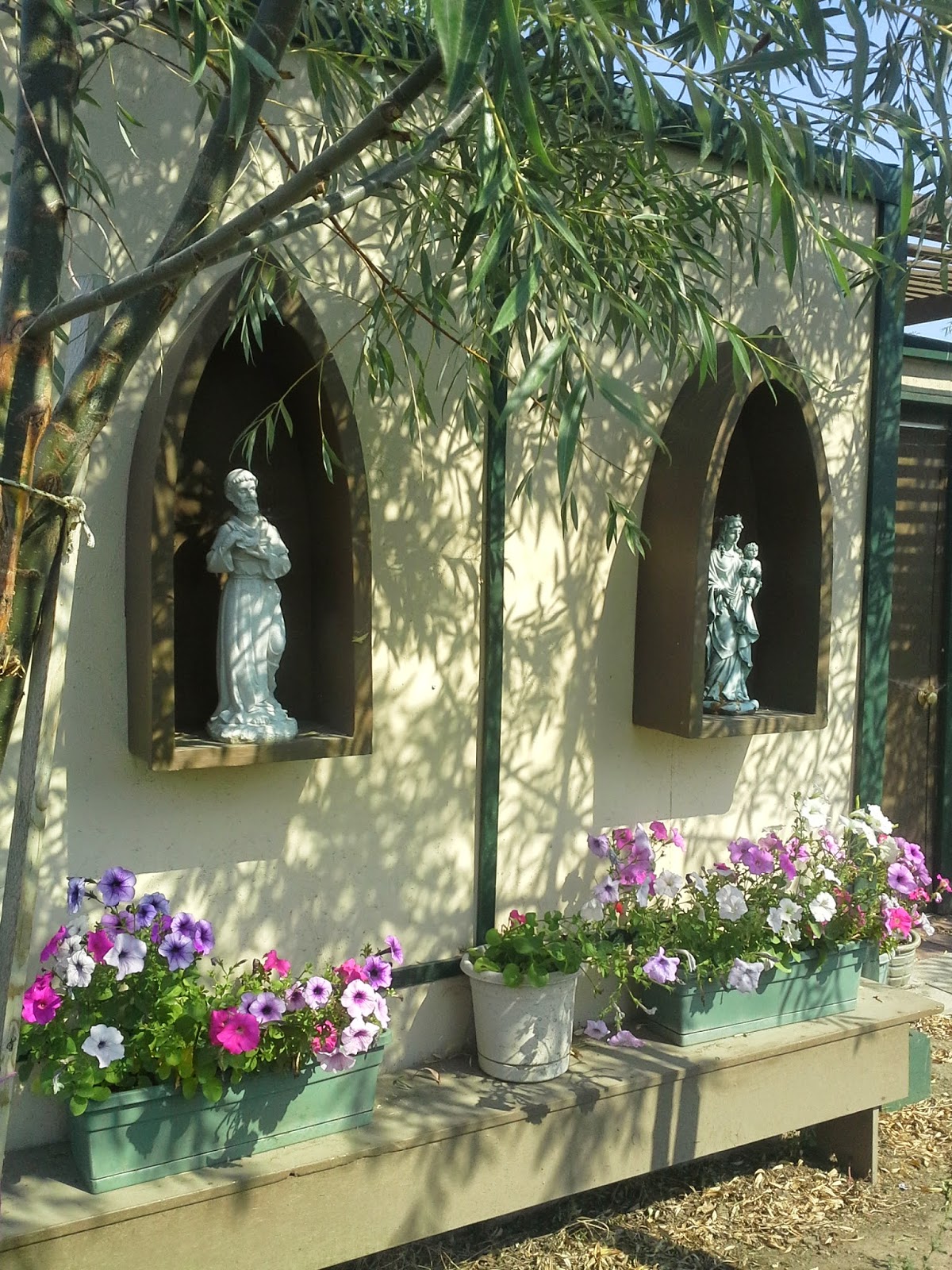 I went to my favorite place for the Feast of the Assumption of Our Lady, and though I was only there for 24 hours, I assisted at 3 Masses in the extraordinary form. I returned home Friday evening, and went to Mass (Novus Ordo) on Saturday evening to fulfill my Sunday obligation. It felt like there was not enough time to make the attitude adjustment back to the “new” Mass mindset, but that’s the way the cookie crumbles (as my mother used to say).

The pastor at our parish is a devout priest who feels helpless to effect much of a shift toward tradition amongst the parishioners. He almost always starts off his homily by reminding us of what a great gift God has given us in the Eucharist, and that he never fails to mention that we are about to receive the Body and Blood, Soul and Divinity of Our Lord Jesus Christ in the Eucharist.

On Saturday night, as I listened to him, I thought about how he always says that same thing, and that it's a good thing to be reminded of...and then it hit me: in more traditional parishes – especially where the extraordinary form of the Mass is celebrated – that reminder doesn't have to be made by the priest in his homily at every Mass, because the reality of it is present in the very architecture of the church, the structure of the Mass, the posture of the priest, the words of the prayers, and even in the way the chant lifts one's mind to God. Our parish priest has to remind his flock about the Real Presence of Jesus in the Eucharist because there are so few other reminders there to foster that knowledge.

The whole thrust of the typical Novus Ordo parish, in my limited experience, is earthbound. Fr. J generally seeks to bring the Divine down to the level of human existence on earth. There is something to be said for that; it's good to apply the Scriptures to our daily lives in some way, to live out the Gospel, etc. But there is so little emphasis on getting to Heaven. It's more about doing good here on earth, because Jesus did good here on earth, and he told us to feed the hungry and take care of the sick. But why do we do those things? And there is seldom any emphasis or even mention of the spiritual works of mercy.

I was struck by similar thoughts while singing the Office of Vigils of the Assumption and listening to the readings. For instance, in the 7th reading there was the statement that:

"Indeed there was no happier or more joyful day for Mary, if we duly consider the happiness of both body and soul granted to her on that day. Then especially, as never before, her spirit, soul and body rejoiced wondrously in the living God..."

And there were of course other gems in those readings. Then, in the sermon I heard at the Mass of the Assumption, the priest talked about why the Assumption is important for us. I never hear that kind of talk in the homilies I listen to at the NO parishes near me.  I thought of that during vigils. I thought, "How sad that so few people will read these readings or hear these thoughts expressed", and it occurred to me that that's what's gone so wrong with so many parishes. It’s been said in lots of other ways – catechesis is so bad, so watered-down, so…non-existent, it seems! But how many priests or bishops really encourage their people to think below the surface of these great feast days? Not too many, as far as I can tell.

I sat there listening to the homily on Saturday night, and I thought about the whole Mass and the prayers of the faithful and all the usual “stuff” one experiences at the NO Mass (female altar servers, a contingent of lay women administered Holy Communion, guitar music, etc.), I thought, "This is Kindergarten." 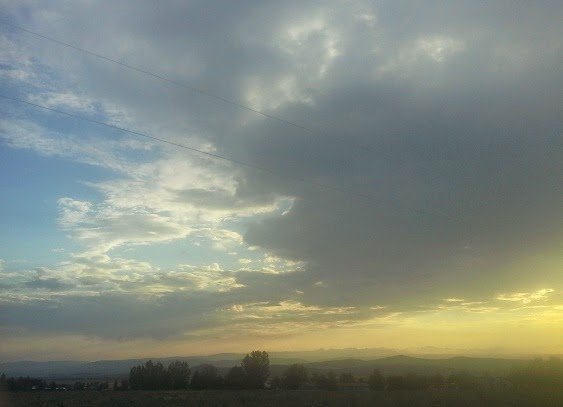 A friend with whom I shared these observations suggested that what I have described here is the result of the modernistic philosophy of “immanentism” (go to that link for a very good, short description of immanentism vs. immanence).  Fr. John Hardon is said to have referred to immanentist apologetics as a “method of establishing the credibility of the Christian faith by appealing to the subjective satisfaction that the faith gives to the believer.” I think it is immanentism that lurks behind the dangerous notion of “a personal relationship with Jesus” as expressed by most Protestants who use that phrase.

Immanentism makes religion into a subjective mish-mash of feelings: Mass must make you “feel good”. I sat at Mass Saturday night, thinking about the fact that the powers-that-be seem to believe that Mass has to be entertaining and “easy”; it can’t require any hard thinking or any difficult examination of conscience. We have to be “inviting” and “welcoming”, and the way that is done is by emphasizing a “feel good” Jesus who loves us unconditionally (which, of course, He does) and who would never want us to feel bad about anything (which is far from the truth).

And that’s why I thought, “This is Kindergarten.” In Kindergarten, we invite little children to feel good about themselves, and to enjoy all the activities that are offered, and to become a part of a little “community”. We don’t expect much of them that would be considered difficult.

It’s the same at the Kindergarten Mass. Jesus loves me, this I know. Ah yes. But there is so much more to Him than that! Even the Protestant pastor whom I knew long ago had a more Catholic idea than that! He always said, “Jesus loves you just the way you are…and He loves you too much to leave you there.”

Sadly, our priests and bishops seem to be quite willing for us to remain just as we are. And sadder still, they seem to want to turn a blind eye to our sins, and allow us to do the same! Where is the charity in that? Where is the pastoral prudence in that?

Lord Jesus Christ, have mercy on me.
Posted by Hermitess Photini at 2:31 PM