Well, I completed the Alaska Project last week, and the parish received the final shipment of antependia and tabernacle veils on Monday.

Yesterday, they sent me a photo.

Let me backtrack a bit before I show you the photo (which is just below, so you’re probably already looking at it anyway!).

I had had some anxiety and doubts about this project from the beginning. I wanted to do it, and I was actually very happy to have the opportunity to contribute to the effort to move a parish toward more traditional, appropriate vestment of the altar. I knew that it was the parish priest himself who was the impetus for the project, and that’s a good thing! But I also knew that he was leaving the parish for a new assignment and was leaving the set of antependia and veils as a sort of legacy in the hope that they would be used and would have an effect on the people.

Now, that is all well and good, but I also know that when a more traditional parish priest leaves, the more liberal people of the parish see an opportunity to re-assert their power. For instance, in a parish near us, for which I also made antependia, as soon as the pastor was transferred, the antependia disappeared. The altar has gone back to its old short, doily-like tablecloth arrangement.

I was also concerned that I could not be on-site, but would have to rely on measurements sent to me. I couldn’t try things on before making them “final” – for instance, I couldn’t put the linens on the altar and credence table to adjust the hems properly. I couldn’t demonstrate in person the correct way to attach the antependium, and show how to make little minor adjustments to correct sags and wrinkles. I did sent some illustrated instructions to help with this. 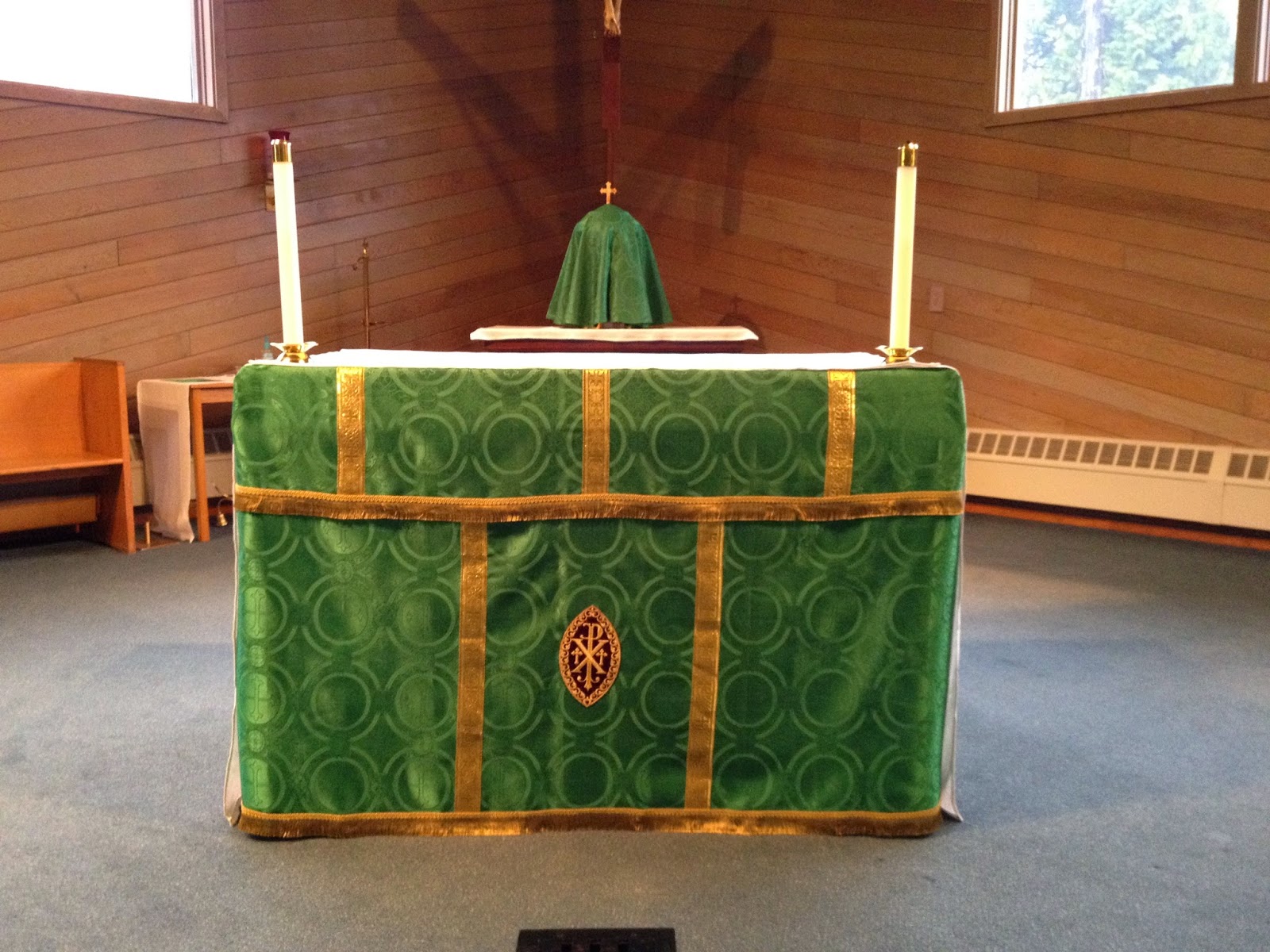 I believe it is a huge improvement over this: 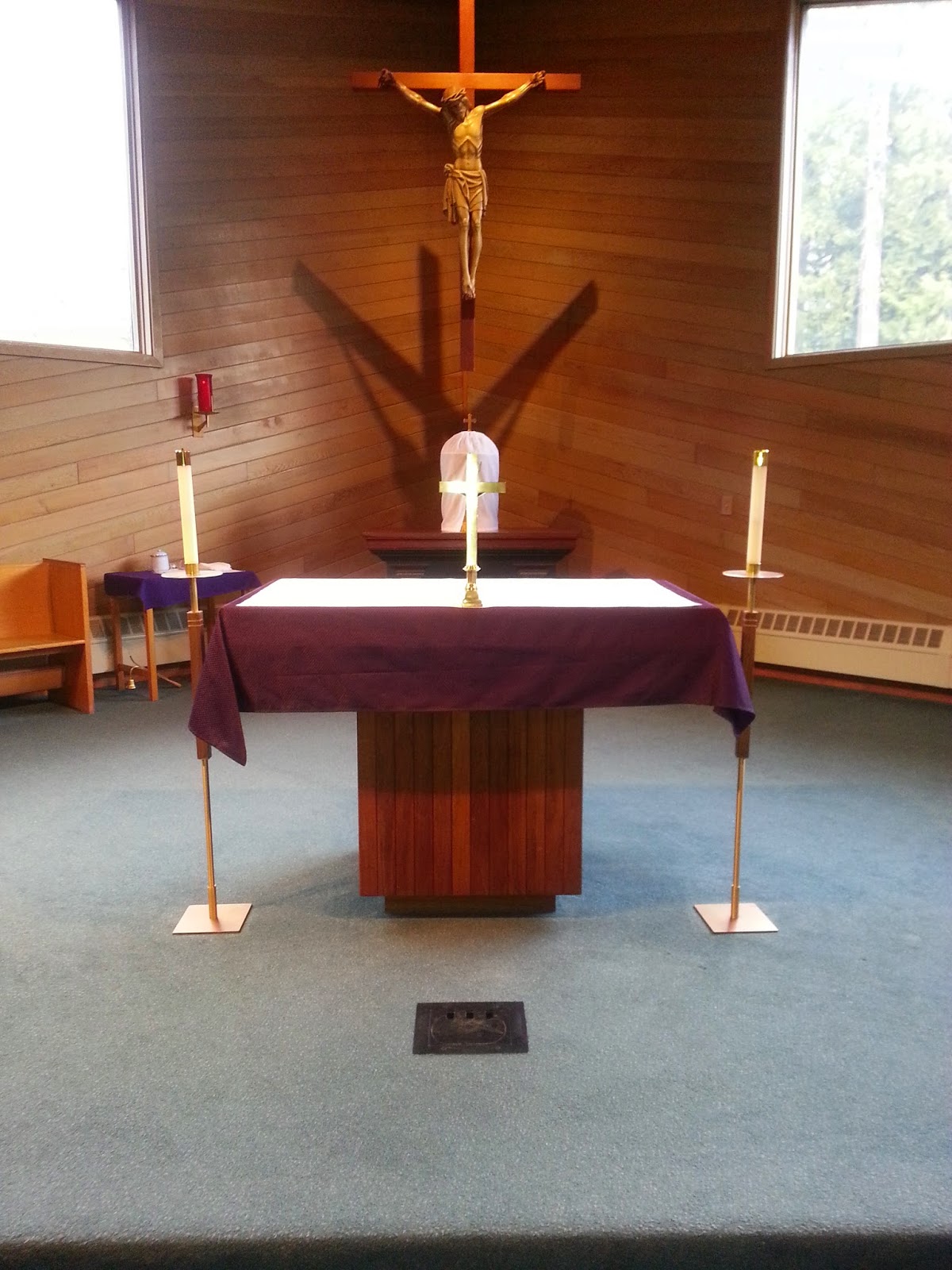 Still…the fringe is dragging on the floor, which means the antependium is not hanging properly. Pulling it up just a bit higher would alleviate that problem.

UPDATE: The pastor of the parish sent me this photo, which I think was taken before the other one. Notice what a difference the additional candles make (at least, I think they do!): 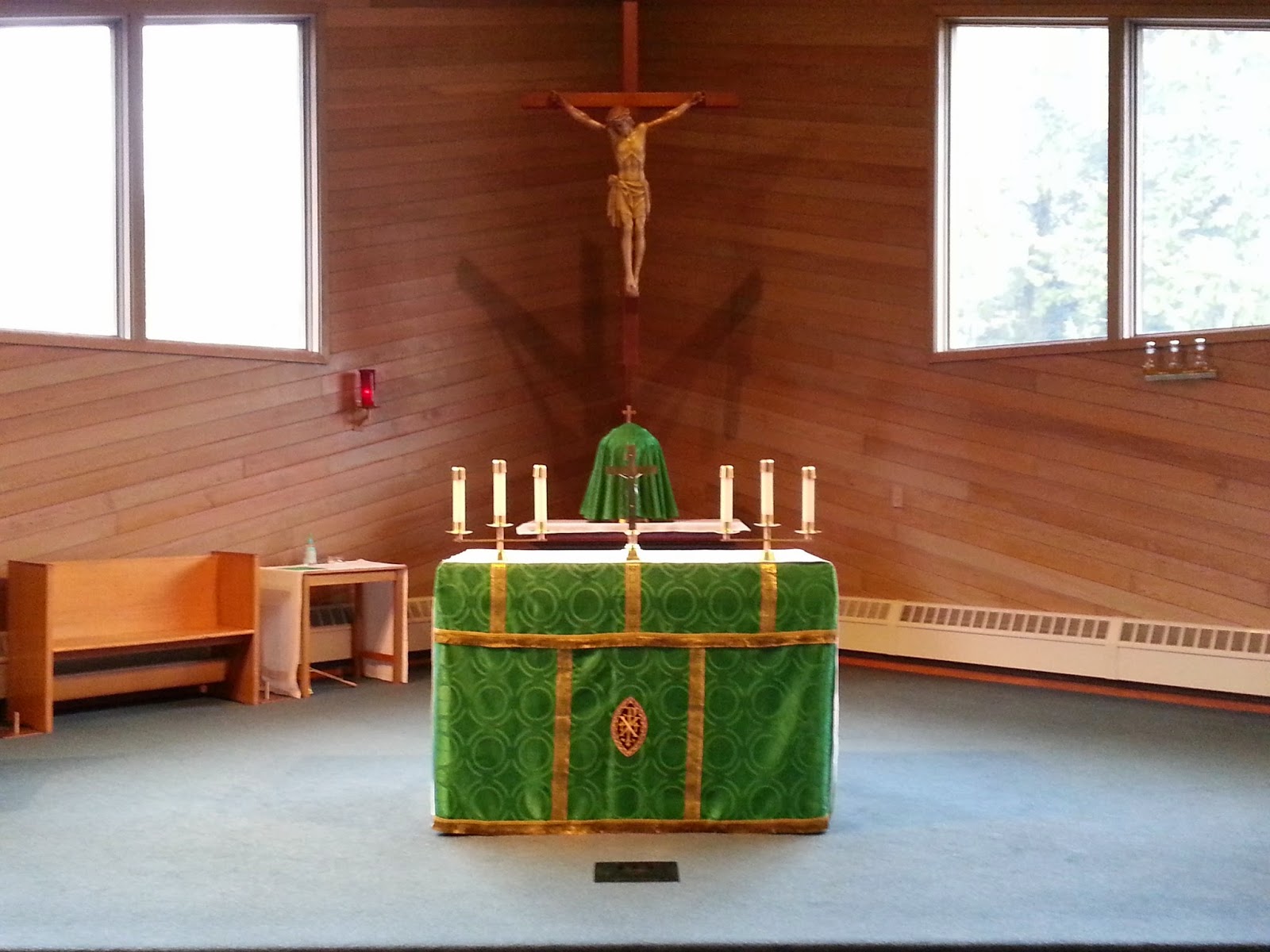 It also looks like I made the linen cloth just a bit too long.

The tabernacle veil looks great, though!

Even before the photo came, I had resigned myself to being a little disappointed, and I have been telling myself to just let it go. (And if you have seen the move “Frozen” and have heard the “Let It Go” song a thousand times, I apologize for using the phrase!) So I’m trying to detach my emotions (and pride) from the situation. I did suggest that they make the adjustment on the height of the antependium, and I hope I did so tactfully. I didn’t mention the credence table.

I pray the new pastor is supportive of the traditional paraments, and that they will be used to enhance the Catholic identity of this parish!

Posted by Hermitess Photini at 11:41 AM