A Roof Over My Head

For years, we've thought of adding a peaked roof to the chapel. Last September was the 10th anniversary of the establishment of Holy Family Chapel, as we call it, and in all those years, we probably debated the merits of a roof every other year.

The expense always seemed disproportionate to the building itself, which is really just a remodeled shack. But every summer, I have at least wondered if a peaked roof would alleviate the heat build-up in there. The flat roof didn't help, that's for sure. I have always put in a window air conditioner, starting about mid-May and continuing through October. That works, but I'd rather not have to bother with it. And last year's air conditioner didn't even last the season; previously I've had air conditioners that lasted several years, so I don't know what the issue was this time.

Anyway, the roof is now in progress, with the hope that I might be able to keep things cool enough without an air conditioner. We'll see. Maybe I'll only have to use it for July-August.

Here's how it's been shaping up: 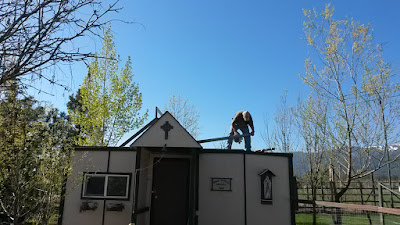 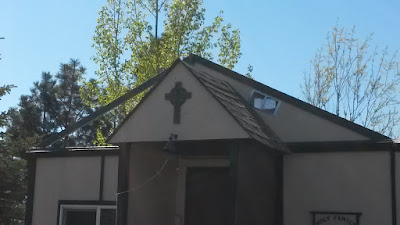 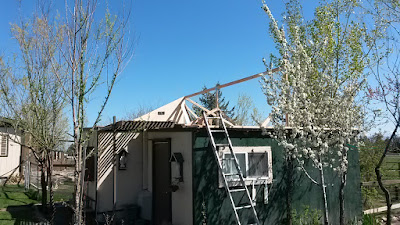 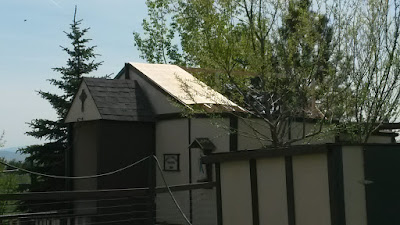 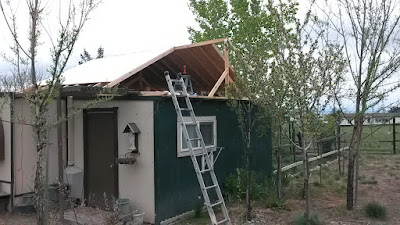 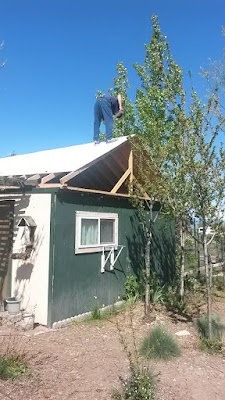 Before this project started, my spiritual director paid a visit and said Mass in the chapel twice! That is always an exciting event for me. In this spiritual wasteland, to have an extraordinary form Mass said in my own private chapel is pure bliss.

Here it is, almost ready for Mass to begin: 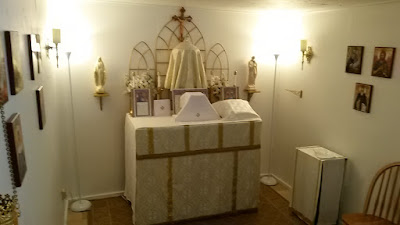 And tomorrow, I'm leaving for a real retreat - not a "working" retreat - for the next few days. I am looking forward to that!

Posted by Hermitess Photini at 6:02 PM