The State in Which We are Found 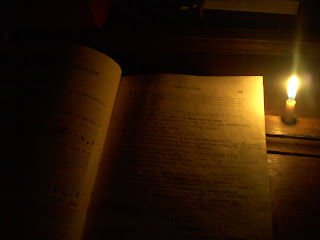 A brother asked Abba Sisoes, “What shall I do, abba, for I have fallen?”

The old man said to him, “Get up again.”

The brother said, “I have got up again, but I have fallen again.”

The old man said, “Get up again and again.”

So then the brother said, “How many times?”

The old man said, “Until you are taken up either in virtue or in sin. For a man presents himself to judgment in the state in which he is found.”

I have an abba who says this, too...more or less. It’s pretty sound advice, don’t you think? It follows along the line of forgiving one’s brother “seventy times seven”, I think. We must forgive ourselves just as we forgive our brother. After all, God forgives us (when we ask).

Sometimes when I fall into sin, I realize what I’m doing, and I am able to immediately repent and ask God’s forgiveness. Oh! I pray I can do that more often, and fall into sin less often, because who knows the day or the hour when he will be “taken up”? I want to be taken up in virtue. Or at least, not in sin!

Lord Jesus Christ, have mercy on me!
Posted by Hermitess Photini at 5:59 AM

Email ThisBlogThis!Share to TwitterShare to FacebookShare to Pinterest
Labels: Sayings of the Desert Fathers; death; sin and virtue