From the Sayings of the Desert Fathers: 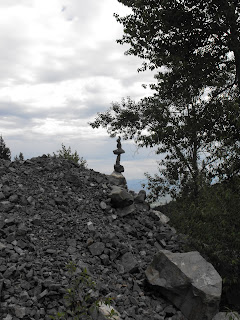 A brother renounced the world and gave his goods to the poor, but he kept back a little for his personal expenses. He went to see Abba Anthony. When he told him this, the old man said to him, “If you want to be a monk, go into the village, buy some meat, cover your naked body with it and come here like theat.”

The brother did so, and the dogs and birds tore at his flesh. When he came back the old man asked him whether he had followed his advice. He showed him his wounded body, and Saint Anthony said, “Those who renounce the world but want to keep something for themselves are torn in this way by the demons who make war on them.”

How difficult it is to give up everything…isn’t it? I wonder if any do so today. Those in some religious communities may do so, but they still have the security of the monastery, do they not? For the most part, they will be fed and clothed and sheltered, though of course such physical comforts could fail.


But what about hermits? Are there any hermits like St. Anthony and the desert fathers these days? I wonder. We are very much used to “security” in this culture. Many (most?) would think it imprudent to give up everything…

Lord Jesus Christ, have mercy on me.
Posted by Hermitess Photini at 11:21 AM

Email ThisBlogThis!Share to TwitterShare to FacebookShare to Pinterest
Labels: desert fathers; poverty; giving away everything; hermits