Well, I should have known that as soon as I confessed that I tend to trust the Divine Physician to take care of my physical ailments, and that I pray daily to Archangel Raphael for the same purpose, I would experience a little illness.

I have had a cold for two days. I am seldom sick. 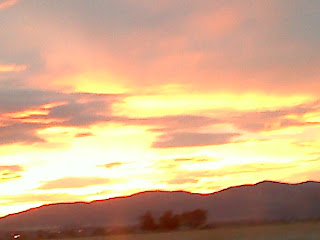 There’s a silver lining, though. I spent most of the day today lying on my cot and reading or sleeping. Morning prayer was prayed silently and sitting; any other prayers were said in bed!

The book I’m reading is Padre Pio: The True Story. Oddly enough, it’s written by a Lutheran. His interpretation of certain Catholic ideas is a little off center, but the stories and the quotes from various letters, etc., are fascinating. When I was on retreat last week, I watched a video called “Padre Pio: Miracle Man”; that’s what led to my desire to read the book.

Of course, I have known about Padre Pio in a general sense for a long time, but never really explored his story. Maybe that’s because he is so “popular”…hmm… I’m not sure how to put into words what I mean, but the “popularity” issue seems to demean him, in a way. It reduces him to a talisman, or something like that.

But reading the book has made Padre Pio more real to me – more substantive, more heroic, more saintly.

Funny thing: in my post about my retreat, I wrote this:

On the last day of my retreat, I had one of the best confessions I have ever had, and received some valuable counsel from my confessor. Mass (in the extraordinary form) followed confession, and somehow it seemed I was able to participate to a higher degree than I have ever experienced before at Mass. The prayers were…sublime. It’s hard to describe what was going through my mind, heart, and soul, but it was different. Jesus was “more present” to me than I have felt before, as were all the angels and saints. Everything seemed to have a heightened sense of being.

Well, it was the evening before when we had watched the video. And in reading the book, I learned that people were drawn to Padre Pio’s Masses because he seemed to make everything more real to them, to bring the Sacrifice into the present time in a way other priests could not. And of course, he was a much-sought-after confessor as well.

So…maybe Padre Pio was watching over me and helping me out on both counts. At any rate, I find his trials and tribulations, as well as his words of wisdom, quite inspiring.
Posted by Hermitess Photini at 8:42 PM