Of course I have been thinking about Pope Benedict XVI, and his decision to renounce the papal throne. (It’s been pointed out that he’s not “resigning” or “retiring” per se; he will not be known as “pope emeritus”. He will return to being Cardinal Ratzinger, from what I have read.) 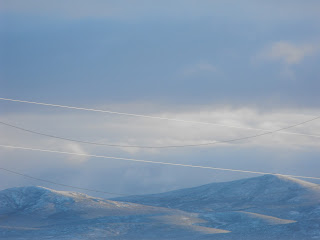 Some have suggested that the Holy Father is tired, and he’s retiring to a monastery to spend the rest of his days in prayer. That is not an easy life, though. Prayer and penance would seem a fitting way for any pope – “retired” or not – to spend his days, to the extent that he can. I think of the responsibility a pope has, the accountability he faces…It is fearsome, to say the least.

Of course there are the comparisons with John Paul II, who retained the office of the papacy till the bitter end, showing the world, as they say, that even a physically incapacitated and suffering man can still fulfill his purpose. In the Sayings of the Desert Fathers, it says, "Abba Poemen said, "If three men meet, of whom the first fully preserves interior peace, and the second gives thanks to God in illness, and the third serves with a pure mind, these three are doing the same work."

I was thinking about JPII today; the fact that there are many things that he did during his papacy that seemed rather…ill-advised, shall we say? Things that seemed to go against Church teaching in some way or another; things that were allowed to happen with regard to the liturgy; things he wrote and said that had such a modernist sound to them. There seems to be a lot of evidence against him being a saint, but it’s practically impossible to say such a thing without arousing shrieks of protest from John Paulists. 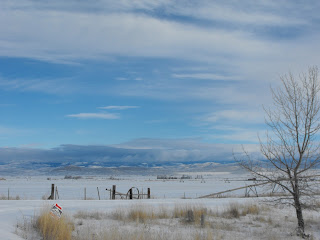 And who knows? Perhaps JPII is a saint. Who is to say what went on in his conversations with God in the last years of his pontificate when he so clearly suffered physical pain and humiliation? Who is to say that he was not doing penance during that time, and that he came to recognize whether certain of his actions were harmful to the faithful? Who is to say that he did not agree to be a “suffering soul” for sins we don’t even know about?

Well, I don’t always think so charitably about JPII, I must confess. But today, I do. Perhaps that is a good thing. It is better to think charitably about others in our private thoughts, rather than to focus on their faults. So I’m glad I felt the impetus to do so today.

More, though, I am thinking about the big picture, and popes past and future.

What will the next pope face? It will not be an easy road. There is so much that needs to be “fixed”. And to be honest, I think the fixing will have to start with the liturgy and Vatican II.

Posted by Hermitess Photini at 9:04 PM