Getting Bit by a Chained Dog 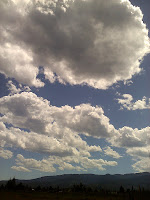 Last Sunday, the fourth Sunday after Pentecost in the old calendar, the following selection from St. Augustine was read at Matins:


For before Christ came, my dearly beloved brethren, the devil was at large. But when Christ came, He did to him what is written in the Gospel, where it is said "How can one enter into a strong man's house, and spoil his goods, except he first bind the strong man?" Christ therefore came, and bound the devil.


I guess that’s like putting oneself in a near occasion of sin. If we venture near the sin, then the demons are likely to find us within their limited radius.
There are lots of ways to venture near sin, I suppose; and it seems we don’t always recognize them before the fact. I know I don’t. That dog tied to the stake in the middle of the yard looks so harmless and friendly, doesn’t it? It begs you to come close and just give it a little pat on the head. It wags its tail as if it is friendly, and sometimes you just can’t resist getting a little closer…


Then…bam! The bite comes, and you realize you’ve been conned.
So, the man who gets himself bitten by a chained dog may be a dolt, but then, the dog is pretty clever in its own turn. O God, grant me greater discernment!


Lord Jesus Christ, have mercy on me.
Posted by Hermitess Photini at 8:12 PM