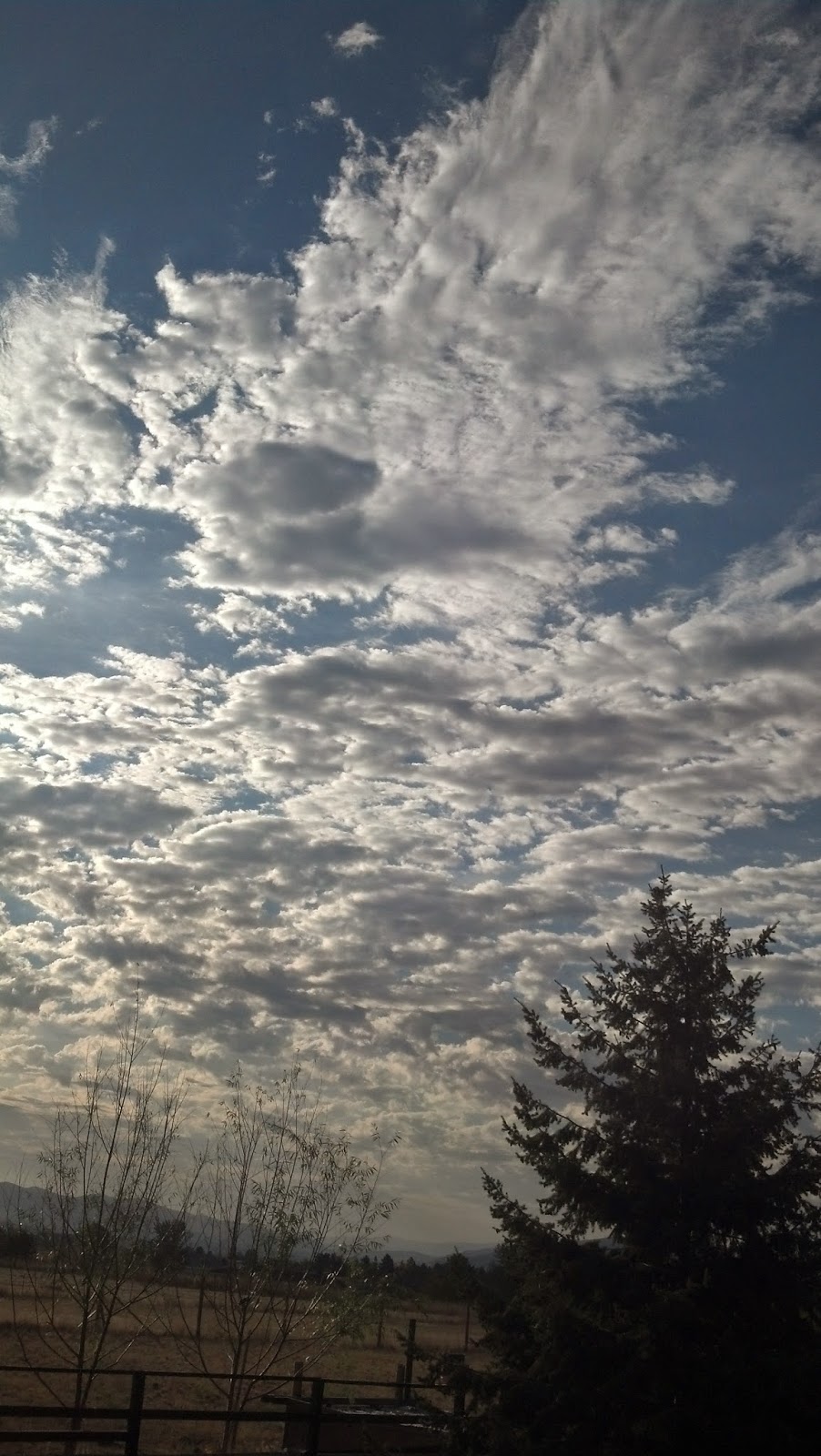 Such bad and sad news in the Church these days… Cardinal Burke sidelined and demoted; Bishop Blase Cupich appointed to Chicago… Well, these things are not really unexpected, are they? The Church is on such a steep downhill road now that we should all be paying close attention to the things Our Blessed Mother has been telling us would eventually come to pass, and we should all be engaged in prayer and penance.

A good friend of mine articulated some of my thoughts when he wrote me the following. I think he has hit the nail on the head!

Just as radical Franciscan poverty makes one "free" in the sense that you can't lose what you don't have, recognizing the full extent of takeover of the Church by "wicked bishops" should "free" us from false expectations. We all behave like good soldiers following chains of command and "running things up the ladder" when there are problems but, to the Enemy, we just look like a bunch of naive children! The Enemy never rests, and takes full advantage of his opportunities, unlike those of a more obedient stripe. For example, we've had two Popes, JPII and BXVI, who could have appointed bishops like themselves, and seriously impacted the implosion of the Church; but they didn't do that. They were both "nice" and "accommodating" and appointed bishops, and cardinals, who elected Pope Francis by an overwhelming majority. Pope Francis and his crowd have seized their opportunity and they are ruthlessly remaking the Church in their own image. They are not "playing nice." And that's what the enemy does.

So we are FREE to "do the right thing" because a) we already know that God wins in the end and 2) nothing anyone can do to us can change that. All we have to do is be willing to suffer "slings and arrows" (or death) and trust God. It might feel like we are doing something positive and constructive to write the pastor or bishop or nuncio – and it probably is the right thing to do – but to expect it to accomplish anything just sets us up for discouragement which, I have recently read, is one of the most serious "cancers" in the spiritual life. I'm not sure Pope Francis isn't thrilled when he hears reports of how much he upsets traditional Catholics! It means what he is doing is working!

So I've decided that it's both possible and necessary to laugh at our sorrows because, no matter what, God is still God, and He loved us into being to share His Life with us. We will shame our "leaders" with our obedience, we will shame our "leaders" with willingness to suffer their evil strategies, we will GIVE GLORY TO GOD by accepting what is certainly a lot less suffering that God Himself was willing to endure for us!

My friend also gave me a baseball analogy that I really like. I've never been a big baseball fan, but this analogy makes me more of one! This is a good way to look at the battle that is being fought by the Church Militant: 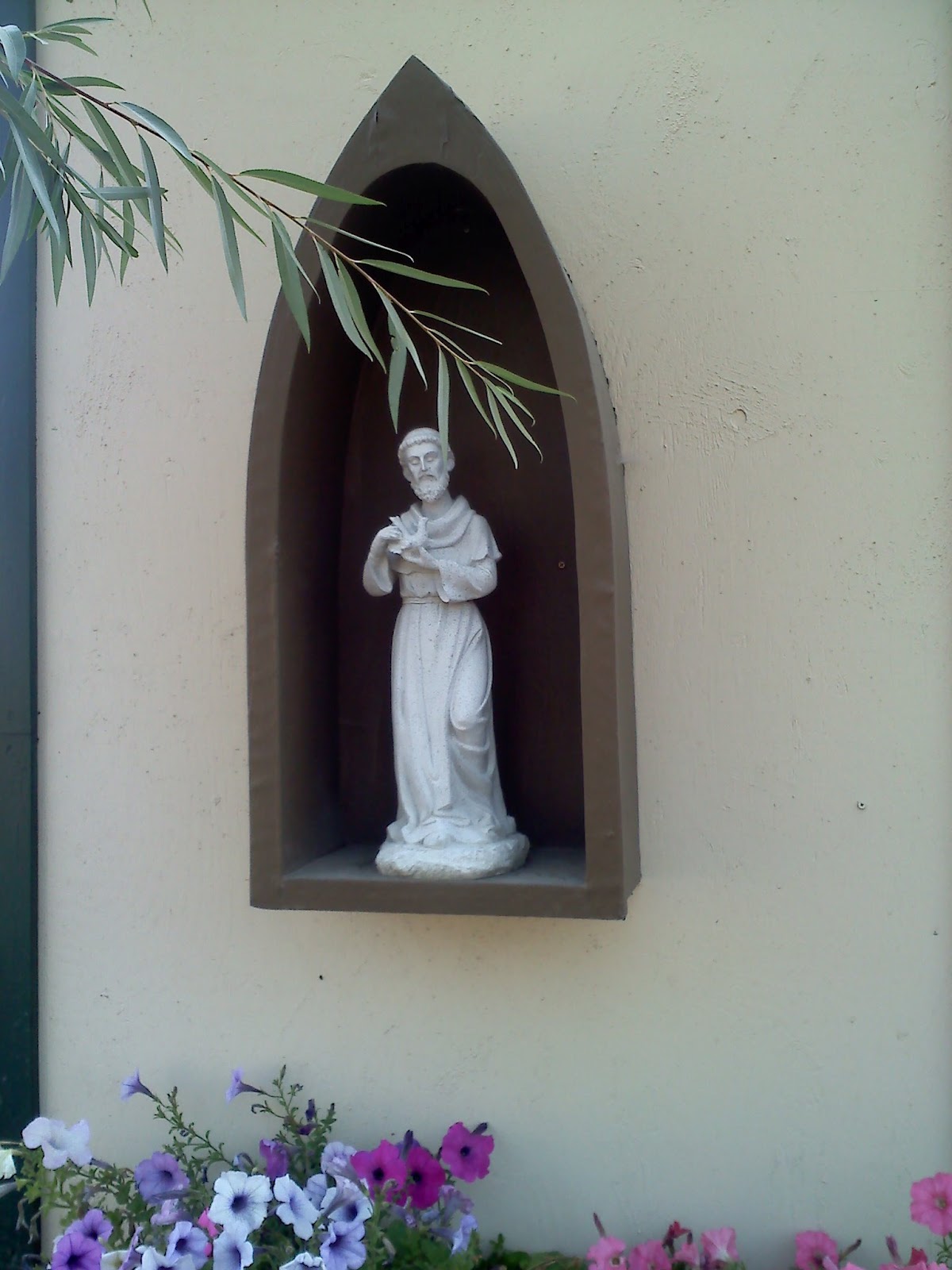 So, in the Franciscan sense, "they can take away everything, but I've lost nothing, because I still have God, who is everything!" We will "obey our way to victory" because "the enemy" can't win no matter how successful it appears he is being. Who knows? We may, yet, see the scene from "Mr. Blue" where there's only a single priest left on the face of the Earth who finally gathers together all the "matter" he needs to say a Mass and, when he recites the words of consecration, he brings God back into the world, and God wins! There REALLY IS freedom in knowing that you can't lose. We might suffer, and I'm not that big a fan of suffering, but, in light of the promised victory, I pray I can do it just to be able to see this comeback.

This is the attitude I will strive for as well.

(By the way, “Mr. Blue” is a book available on Amazon, which was actually written about 1928, I believe. I have started reading it…interesting!)

Posted by Hermitess Photini at 6:35 AM

Email ThisBlogThis!Share to TwitterShare to FacebookShare to Pinterest
Labels: crisis in the Church; Cupich; Cardinal Burke