Really, I'm quite serious about my vocation. I also like to laugh now and then, and I think God does, too. I'm sure He has a better sense of humor than anyone else, because He is, after all, God!

In that light-hearted vein...I found this little action-figure nun on e-bay - she's called "Warrior Nun Areala", and I guess she's a cartoon or comic book character. The background story really isn't all that bad, from a Catholic point of view, as far as I can tell. Anyway, I have renamed her Stealth Hermitess, of course, and have been amusing myself by occasionally taking pictures of her a la "Elf on a Shelf":
Stealth Hermitess enjoying the Christmas tree: 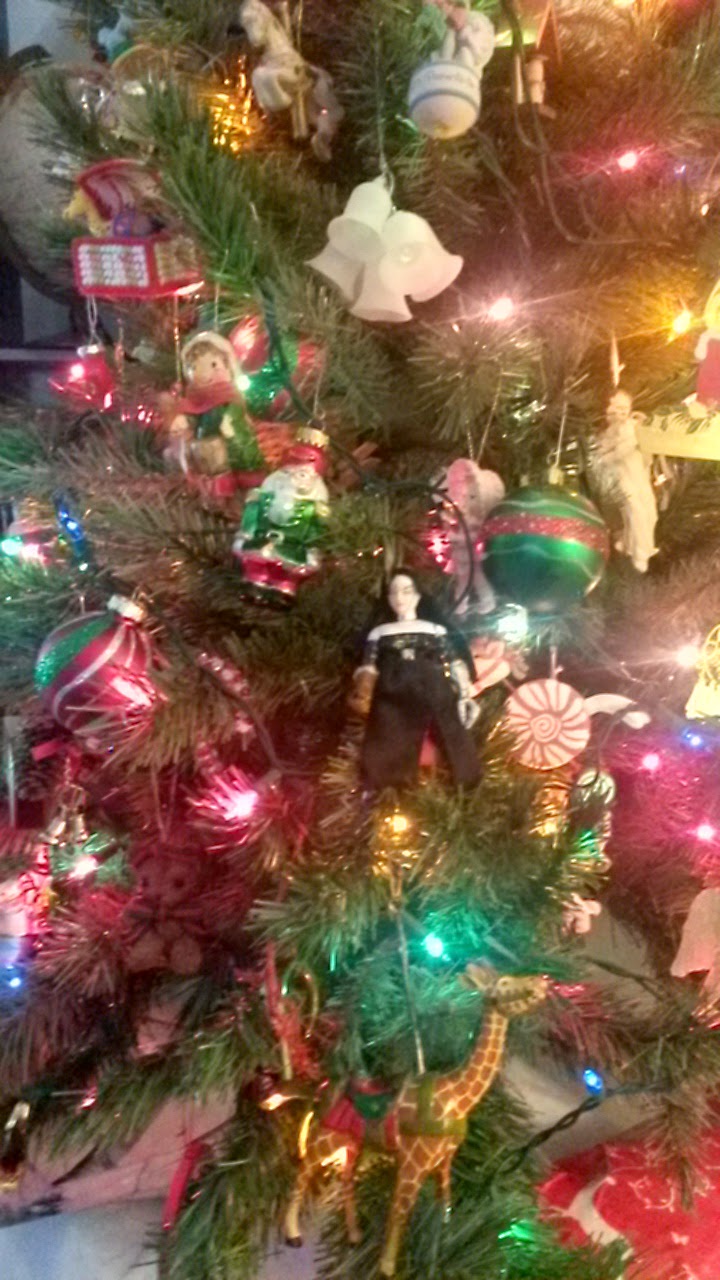 Stealth Hermitess in the study: 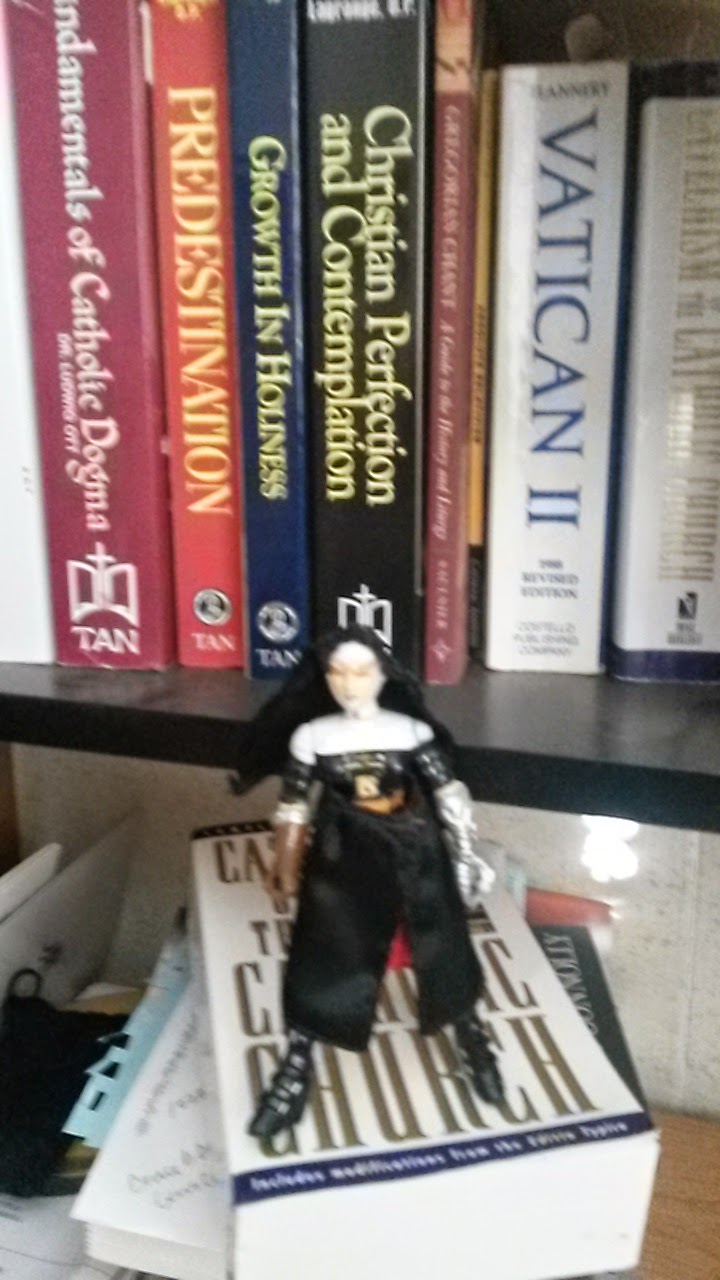 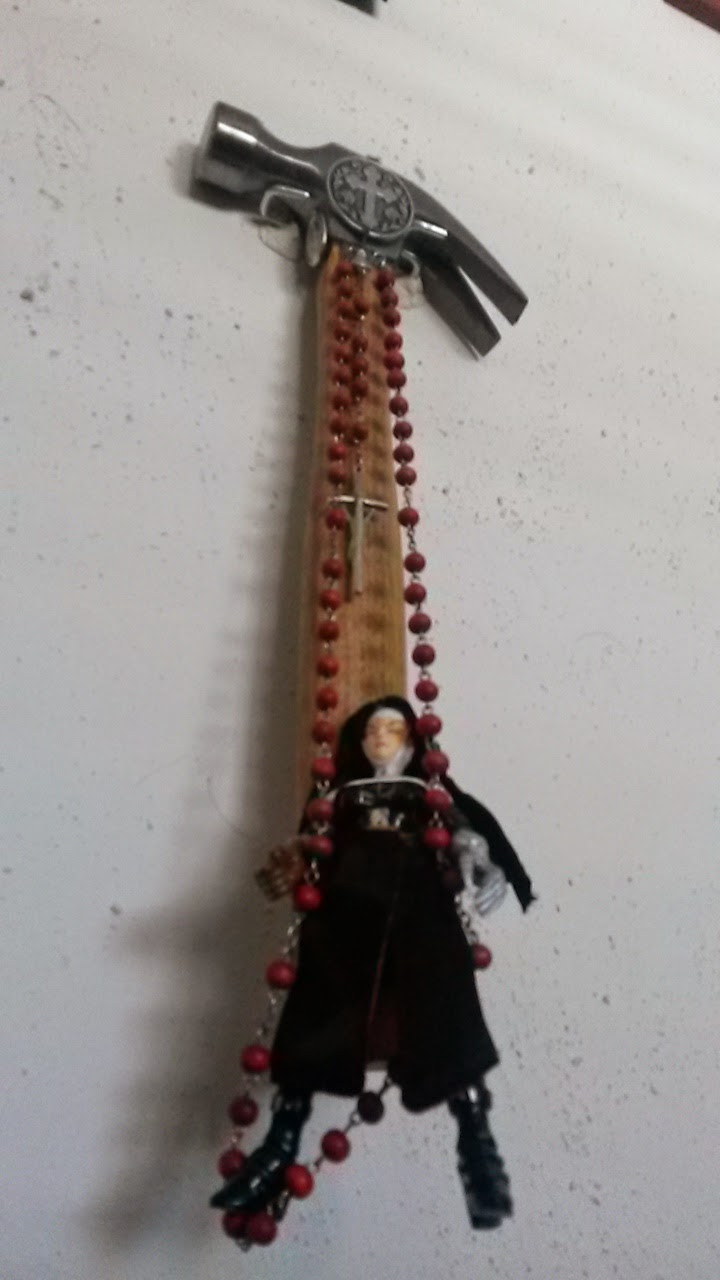 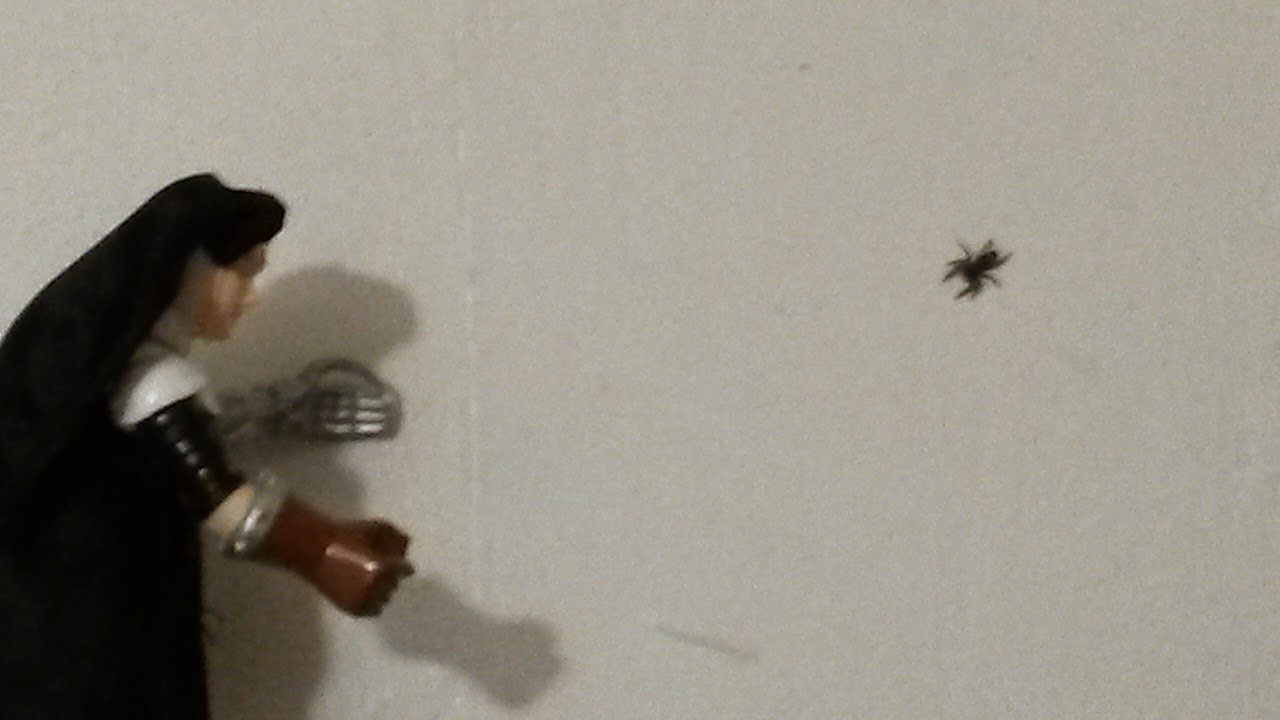 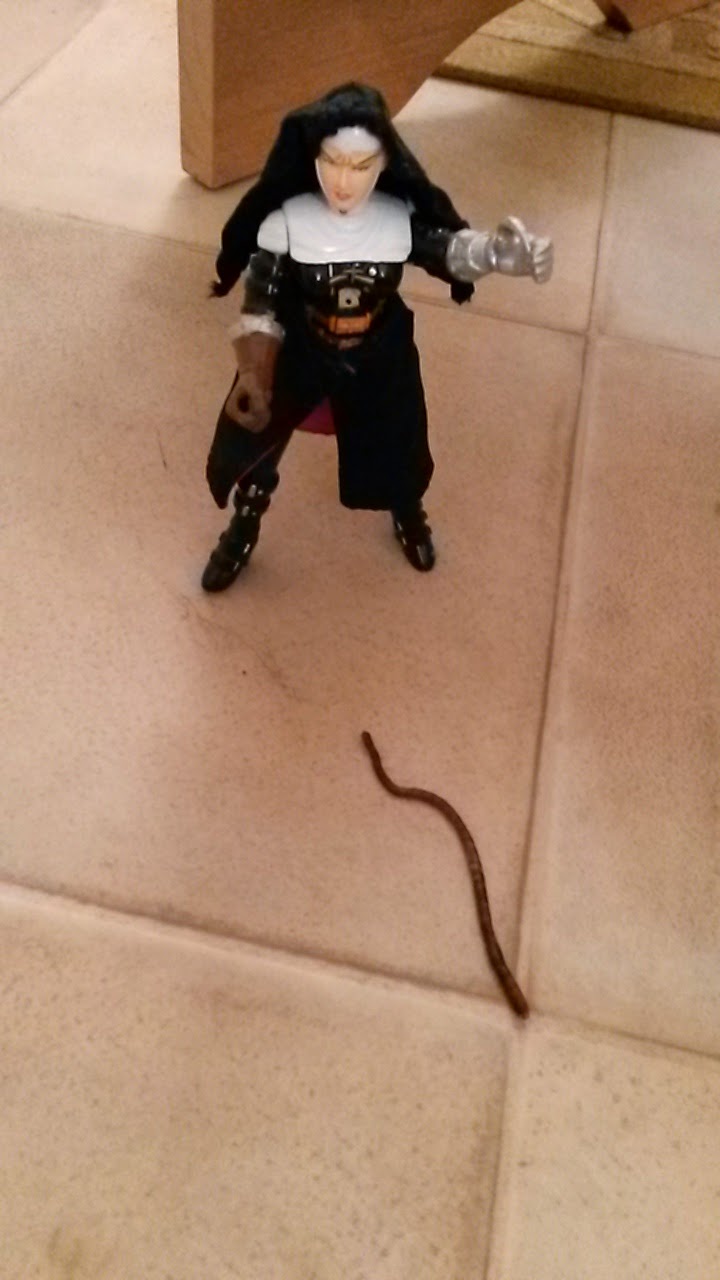 Lord Jesus Christ, have mercy on me.
Posted by Hermitess Photini at 10:13 AM