I'm off to my favorite place for a few days for a much-needed retreat. I'm happy that I will be celebrating the Solemnity of the Ascension on the proper day: Thursday!

In the meantime, I thought I'd share with you some changes in my workroom.

First, I decided the little table I had was just too little. So my husband bought a full-size (4'x8') sheet of plywood and we we placed it on top of the existing table, and he added some support legs. The legs you see in the photo are the original table; the legs my husband added came after this photo was taken. 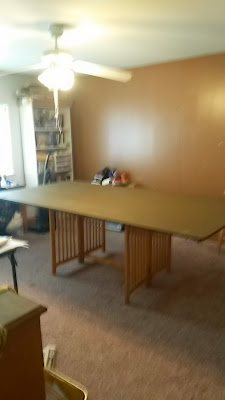 At first I thought I would just put a few coats of varnish on the painted plywood, and have a smooth table top. Then, rethinking it, I thought it would be good to have a cloth-covered surface. So... 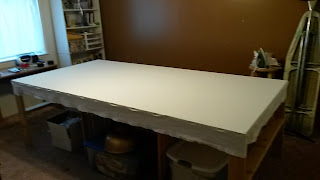 It's working out nicely. When I'm laying out an antependium, the fabric  doesn't slide around on the table, and is easier to work with in a lot of ways. Same with the linen.

But when I have to pin, it's better to have a hard surface underneath. I took care of that with a thin piece of whatever-you-call-it that is a little more sturdy than cardboard, but isn't quite wood. It was a piece salvaged from a put-it-together-yourself desk that I had previously dismantled. I saved the pieces though, thinking they might come in handy for other purposes. You can see the piece of hard surface in the photo below, along with the sea of white that resulted from a request for 24 purificators: 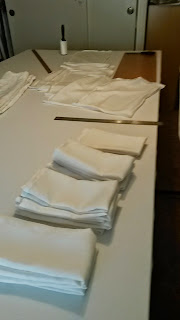 I had received an order for an antependium for an altar that was 7 feet long, and that's what prompted me to go with the larger table top in the first place. And I was very happy that I had done it! Here's the first antependium I made using the new table, which is for the Cathedral in Santa Rosa: 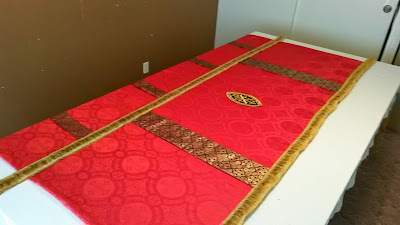 They won't use this antependium till Pentecost, so I am trying to wait patiently for photos of it actually installed on the altar.

So that's my labora-tory. Haha.

I'll leave you now with a few pretty nature pictures: 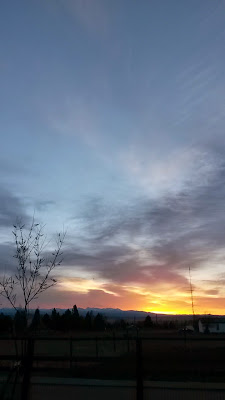 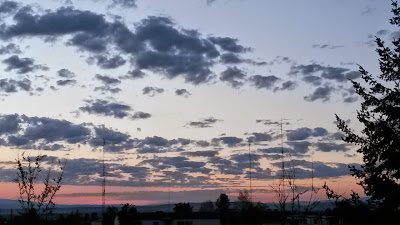 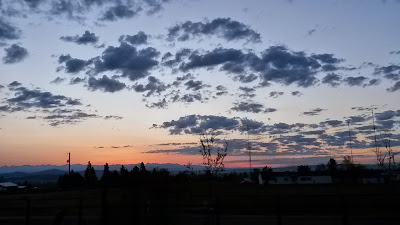 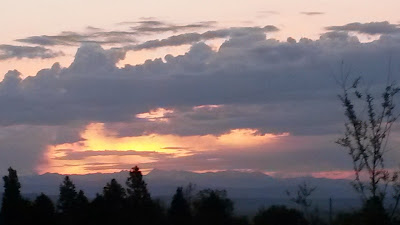 
Posted by Hermitess Photini at 7:43 AM

Email ThisBlogThis!Share to TwitterShare to FacebookShare to Pinterest
Labels: retreat