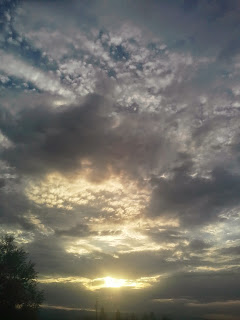 A tell-tale outcome of the tragedy in Orlando: in reports on this attack, there are countless uses of the word "hate". That's because, you see, homosexuals are always the victims of "hate". I really don't recall seeing that word used much in reports about the Paris attack, or the California attack, or any other attack. On FaceBook, there are lots of memes that feature rainbow colors and lots of hearts; it's as if the most important thing about this massacre is that gay people died. It's as if the most important thing about those people is that they were gay, not that they were human beings.

Satan has brought about the big clash between Islam and homosexuality that has been waiting to be used for his purposes. The Orlando attack seems diabolically designed to make those who are uncertain about the grave immorality of homosexual behavior feel guilty for being "judgmental". The media and the gay agenda manipulators are using this horrendous violence as a sympathy ploy to show those who oppose "gay rights" how evil and heartless they are.
But the liberals are under attack by Satan, too, in a way. Now the left is beside itself, because they are forced to admit that Islam does indeed hate homosexuals, and kills them. But since liberals are "tolerant", they don't want to blast Islam; instead, they must blame guns...or climate change...or Trump...or...whatever.

Most tragically, no one is allowed to insinuate that it is quite likely that a large proportion of those killed are in hell right now, just given their presence at that venue and what that implies about their lifestyle and morals. Society cares more that these people were shot than what their final destination will be.

We should certainly pray for the repose of the souls of those poor victims in Orlando. Their apparent lifestyle choices should make us ever aware that our fallen human nature must ultimately rely on God's mercy when we face Him at our death.

Posted by Hermitess Photini at 10:38 AM