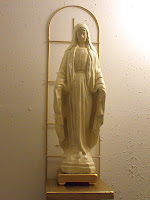 I’m a little discouraged about the state of the Church, so I guess it’s good that I’m going off on retreat for a few days. The Holy Spirit is in charge. Our Blessed Mother is watching over things.

World Youth Day…sigh. What an atrocity! I am saddened by what little I have seen of the coverage. I purposely avoided most of it, knowing I would be offended. It really seems to me that anyone with an ounce of contemplative spirit would be put off by the mere thought of 3 million souls at a Mass on the beach. It’s hard to believe that all 3 million were truly at Mass!

Imagine the ones way off on the fringes…and of course the vast majority of these pilgrims were watching the Mass on big screens. I wonder how close one has to be to the altar for there to be a real participation. After all, watching Mass on TV doesn’t satisfy one’s Sunday obligation; that implies that one is not really at Mass.

And apart from the technical assessment of whether one is at Mass when the distance from the major Event taking place on the altar is measured in terms of hundreds of thousands of bodies, what is the point? Especially with the sort of music that was being played, it would seem more like being at a big party.

Once, I wanted to attend the installation of a bishop, but could not get a ticket to be admitted into the church. I was assured, though, that the Mass would be televised into the adjoining school gym on a big screen, and that all were welcome to attend in this way. I stayed home and watched it on my computer. Were the people in the gym more “there” than I was? I don’t know.

And frankly I don’t care. Just in terms of common sense, a Mass for 3 million people is a disaster. 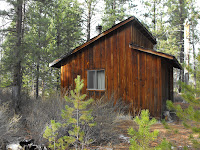 There are other things…the Holy Father issuing a decree that a Franciscan order cannot say the extraordinary form of the Mass, for instance. There are lots of justifications and explanations about this, but it is still very concerning.

There’s also the Holy Father’s statement about “not judging” homosexual priests. Well, maybe he meant that having same-sex attraction is not a sin, but acting on the desire is. He didn’t seem to say that, though – at least not very clearly.

The bottom line is that there are many contradictions and unclear statements issuing from the Vatican. The division in the Church seems to be growing. It’s disturbing. Distressing.

But of course it is the Enemy’s plan. So we, the Church Militant, will fight. And we know who wins in the end.

[There will be no posts for the rest of this week.]
Posted by Hermitess Photini at 2:38 PM

Email ThisBlogThis!Share to TwitterShare to FacebookShare to Pinterest
Labels: crisis in the Church; WYD; homosexuality; Pope